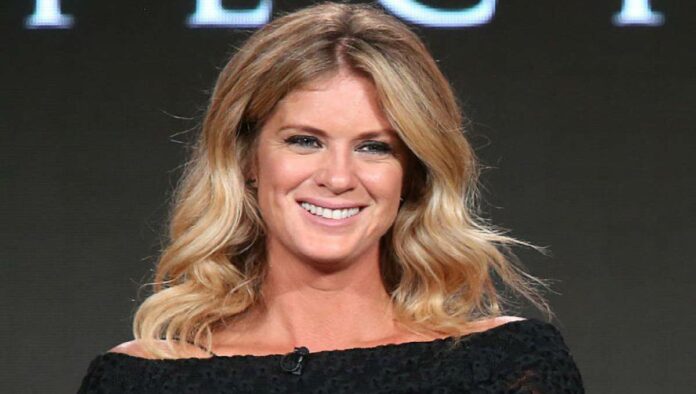 Rachel Hunter is a New Zealand model, actress and host of Imagination Television’s Rachel Hunter’s Tour of Beauty. She has appeared on several magazine covers, including Vogue, Elle, Rolling Stone, Sports Illustrated, Playboy, Cosmopolitan and Harper’s Bazaar. She has been on the cover of the Sports Illustrated Swimsuit Issue twice; in 1994 (alongside Kathy Ireland and Elle Macpherson) and in 2006 (alongside six other models).

Rachel Hunter was born on September 8, 1969 (age 52 years) in Glenfield, a suburb of Auckland, New Zealand. She was educated at Glenfield College. Her parents divorced when she was still a child. As a child, she wanted to be a ballet dancer but was diagnosed with a rare blood disease that curtailed her dancing ambitions.

Rachel Hunter began her career at age 16, modelling in France, Australia and New Zealand, appearing in Australian Vogue, Harper’s Bazaar, Australian Cosmopolitan and for various campaigns throughout New Zealand and Australia. She became the face of Tip Top Ice-Cream in New Zealand and was the “Trumpet Girl”.

Hunter was quickly signed up to Ford Models and immediately embarked on a successful career, landing a Cover Girl cosmetics contract and becoming the spokesperson for the company for quite a few years. Hunter rose to global prominence after posing as a Sports Illustrated swimsuit model in 1989.

She subsequently appeared on magazine covers, including Cosmopolitan and on the 1994 “Dream Team” cover of Sports Illustrated’s annual swimsuit issue with other Supermodels Elle MacPherson and Kathy Ireland, and again graced its cover, this time solo, 12 years later in 2006. Hunter also appeared on the cover of Vogue Italia, Australian Vogue, and American and international editions of Elle and Dutch Harper’s Bazaar.

She stars as a lesbian cook doling out relationship advice in the award-winning indie film La Cucina. She had a brief appearance as a sexy mother in Dennis Dugan’s The Benchwarmers (2006) and also played a sultry, bikini-clad mother in the music video for Fountains of Wayne’s 2003 song “Stacy’s Mom.”

Hunter appeared on a 2005 celebrity episode of Lingo, where she and her partner Trista Rehn split $US30,000 for charity. Hunter is an ambassador to The Born Free Foundation and established the Rachel Hunter Lowland Gorilla Fund. Hunter also appeared as herself in the 2004 Christmas Special of The Vicar of Dibley.

Rachel Hunter appeared as a judge on New Zealand’s Got Talent from 2012 to 2013. In 2015, Hunter fronted her own television series titled “Rachel Hunter’s Tour of Beauty” for TV One where she travelled the world to discover what beauty meant in various countries.

Rachel Hunter lived with rock musician Kip Winger in the late 1980s. Her then-boyfriend Winger stated after their relationship ended that he was left heartbroken when Hunter left him for Rod Stewart. She had a year-long relationship with Canadian NHL ice hockey player Sean Avery in 2004, and in 2006 began a three-year relationship with Jarret Stoll, 13 years her junior, also a Canadian NHL player who played for, and won the Stanley Cup with, the Los Angeles Kings.

Her son Liam was a junior player being mentored by him while playing for the LA Kings Juniors when they first met. Stoll proposed to Hunter in 2008 whilst he accompanied her on a trip home to her native New Zealand later that year and they were due to marry on 14 August 2009, but the wedding was called off by Stoll 7 weeks prior to their wedding day.

Rachel Hunter was married to her first husband Rod Stewart from 1990 to 1998. However, at the age of 21, she met her ex-husband who is a rock star, 24 years her senior, in a Los Angeles nightclub. Hunter and Rod Stewart married three months later at the Beverly Hills Presbyterian Church in Beverly Hills, California, on 15 December 1990. Hunter and her ex-husband Rod Stewart had two children: Renée Stewart (b. 1992) and Liam Stewart (b. 1994). They separated in January 1999 after nine years of marriage, and their divorce was finalized on 2 November 2006.

How much is Rachel Hunter worth? Rachel Hunter net worth is estimated at around $60 million. Her main source of income is from her career as an actress and former model. Hunter successful career has earned her some luxurious lifestyles and some fancy car trips. She is one of the richest and influential actresses in New Zealand.

“Policeman Gunned Down by Masked Men In a Robbery Attack In...

24/02/2021
ABOUT US
Our Motive is to provide reliable, accurate and informative news to you. The Urban and Rural at heart ❤️
Contact us: [email protected]
FOLLOW US
© Apumone 2022 All Rights Reserved
Go to mobile version