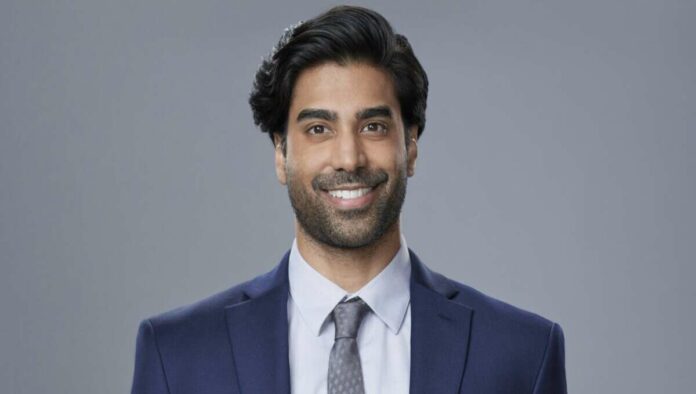 Read about Raymond Ablack net worth, age, wife, children, family, parents, height, salary, movies and tv shows as well as other information you need to know.

Raymond Ablack is a Canadian actor and comedian. He began his career in the early 2000s as a child actor on stage, performing as Young Simba in The Lion King at the Princess of Wales Theatre. He later gained recognition for playing Sav Bhandari in the teen drama television series Degrassi: The Next Generation (2007–2011).

Raymond Ablack was born on November 15, 1989 (age 33 years) in Canada. Ablack was born and raised by Indo-Guyanese parents in Toronto, Ontario. Growing up, he played in a competitive hockey league. He has three siblings: two younger sisters, Cassandra and Rebecca, and a younger brother, Jared. Rebecca Ablack is also an actress and she was featured alongside him in Ginny & Georgia (2021).

Raymond Ablack appeared in television commercials and advertisements as a child actor. In 2001, he won the role of Young Simba in the theatre production of The Lion King at the Princess of Wales Theatre in Toronto. He performed the role for one year. Years later, in 2007, Ablack achieved international exposure when he was cast in the recurring role of Sav Bhandari on the long-running Canadian television series Degrassi: The Next Generation.

Ablack starred on the show for five years and appeared in more than 100 episodes. During this time, Ablack also had a guest spot on the television series Life With Derek. Since his time on Degrassi, Ablack has worked on several productions, including recurring roles in the BBC/Space television series Orphan Black, the Syfy series Defiance, and the Freeform series Shadowhunters.

He sometimes writes and performs stand-up comedy in Toronto in addition to working as an actor. Ablack’s first role in a feature-length film came in 2013 with the release of the independent feature film Fondi ’91 (2013), which received mixed reviews from critics upon release. From 2014 to 2017, Ablack portrayed Gabriel in the web series Teenagers.

Raymond Ablack played the recurring role of DEA Agent Stoddard in the third season of the critically acclaimed Netflix series Narcos, which premiered on the streaming platform in 2017. In 2019, he played the recurring role of Sunil Doshi in Burden of Truth. That year, he also appeared alongside Zoey Deutch, Judy Greer, Jermaine Fowler, Noah Reid, and Jai Courtney in the American comedy-drama film Buffaloed. The film had its world premiere at the Tribeca Film Festival on April 27, 2019.

In August 2019, Deadline announced that Ablack would be featured in the forthcoming Netflix series Ginny & Georgia. Ginny & Georgia premiered on February 24, 2021. Ablack starred as Joe, a restaurant owner and one of Georgia’s love interests; he appeared in all 10 episodes of the series.

Check Out: Katie Douglas net worth

Raymond Ablack also played a supporting role in the Netflix miniseries Maid, which was released on October 1, 2021. His performance and physique in the series, specifically a scene in which he appears topless while wearing a cowboy hat, attracted considerable attention on social media, with Marie Claire writing that “the Canadian actor has become our favorite Netflix heartthrob.”

In November 2021, he was cast in a romantic comedy feature film called Love in the Villa, also produced by Netflix. Raymond Ablack has done extensive charity work throughout his career, mostly through Degrassi, including school-building missions with Me to We and Free the Children. In 2010, he traveled with his fellow Degrassi cast mates to India to help build schools.

Raymond Ablack is currently in a relationship with Jordan Steinhauer. His soon-to-be wife is a Canadian director and they have no children together. In 2007, Ablack traveled to Africa with five other Degrassi cast members to build a school in Kenya and in 2008, he traveled again with his cast members to do charity work in Ecuador. A documentary of Ablack and his cast mates’ trip aired on MTV in Canada. As of early 2023, Raymond Ablack and his girlfriend Jordan Steinhauer are still not married.

How much is Raymond Ablack worth? Raymond Ablack net worth is estimated at around $3 million. His main source of income is from his primary work as an actor and comedian. Raymond Ablack’s salary per month and other career earnings are over $400,000 dollars annually. His remarkable achievements have earned him some luxurious lifestyles and some fancy car trips. He is one of the richest and most influential actors in Canada. Raymond Ablack stands at an appealing height of 1.75m and has a good body weight which suits his personality.