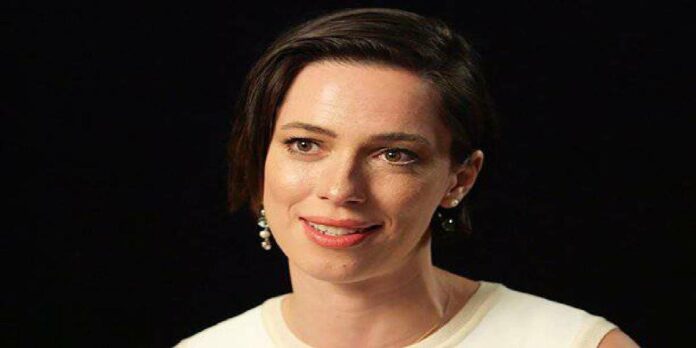 Rebecca Hall is an English actress and filmmaker. She made her first onscreen appearance at age 10 in the 1992 television adaptation of The Camomile Lawn, directed by her father Peter Hall. Her professional stage debut came in her father’s 2002 production of Mrs Warren’s Profession, which earned her the Ian Charleson Award.

Rebecca Maria Hall was born on May 3, 1982 (age 39 years) in London, United Kingdom. She is the daughter of American opera singer Maria Ewing and English stage director and Royal Shakespeare Company founder, Sir Peter Hall. Her mother is of African American, Native American, Scottish and Dutch ancestry and is a descendant of Bazabeel Norman.

She attended Roedean School, where she became head girl. She studied English literature at St Catharine’s College, Cambridge, before dropping out in 2002 just before her final year. During her time at Cambridge, she was active in the student theatre scene and also set up her own theatre company. She was a member of the Marlowe Society and performed in several productions alongside housemate Dan Stevens, then an English literature student at Emmanuel College.

Rebecca Hall’s first professional role came in 1992 when she appeared as young Sophy in her father’s television adaptation of Mary Wesley’s The Camomile Lawn at the age of nine. Her feature film debut came in 2006 as Rebecca Epstein in the film adaptation of David Nicholls’s Starter for Ten. She got her breakthrough with the role of Sarah Borden in Christopher Nolan’s film The Prestige (2006). She then appeared in Stephen Poliakoff’s Joe’s Palace in 2007, as well as appearing in several other television films including Wide Sargasso Sea and Rubberheart.

Hall’s Hollywood fame grew when she starred in the Woody Allen film Vicky Cristina Barcelona (2008) as one of the title characters, Vicky. Her performance was well-received, and she was nominated for the Golden Globe Award for Best Actress – Motion Picture Musical or Comedy. In 2008, she appeared in Ron Howard’s historical drama Frost/Nixon as the girlfriend of Michael Sheen’s David Frost. The following year she was cast in the British fantasy-horror film Dorian Gray based on Oscar Wilde’s 1890 novel The Picture of Dorian Gray.

Following a small role in the indie film Please Give, Hall starred in Ben Affleck’s crime drama The Town (2010) opposite Affleck and Jon Hamm. In June 2010, she won the British Academy Television Award for Best Supporting Actress for her portrayal of Paula Garland in the 2009 Channel 4 production Red Riding: In the Year of Our Lord 1974. The following year she played the female lead in the British ghost film The Awakening, released in September 2011.

She took on the role of Beth Raymer in 2012 in the comedy-drama film Lay the Favourite, based on Raymer’s memoir of the same title; one review commented that she “plays Raymer as an endearing force of nature who somehow manages to survive in a dangerous world through sheer force of character.” She next starred in the BBC/HBO/VRT production of Parade’s End (2012) opposite Benedict Cumberbatch, which earned her a BAFTA Television Award nomination for Best Actress.

In 2013, Hall replaced Jessica Chastain as Maya Hansen in the superhero film Iron Man 3. The same year she appeared in the political thriller Closed Circuit (2013). She then starred opposite Johnny Depp in Wally Pfister’s directorial debut Transcendence (2014). In 2015, Hall starred in the romantic comedy Tumbledown and Joel Edgerton’s directorial debut The Gift.

In the 2016 biographical drama Christine, Hall played the role of real-life news reporter Christine Chubbuck. Variety called her “discomfitingly electric in the best role she’s yet been offered”.

Rebecca Hall portrayed Elizabeth Holloway Marston in 2017, a real-life psychologist who inspired Wonder Woman, in Professor Marston and the Wonder Women. The same year, Hall joined the cast of A Rainy Day in New York, re-teaming her with Woody Allen. In January 2018, Hall donated her salary to Time’s Up after re-reading literature pertaining to the sexual abuse allegation against Woody Allen, stating: “I see not only how complicated this matter is, but that my actions have made another woman feel silenced and dismissed. I regret this decision and wouldn’t make the same one today.” Hall provided an English dub for the character Mother in Mirai (2018).

Beginning the 2020s, Hall starred in and co-executive produced the well-reviewed horror-thriller The Night House, which was released in 2021. The same year, she appeared in the monster film Godzilla vs. Kong and made her directorial debut with the drama Passing, which she also wrote and co-produced. Passing premiered at the 2021 Sundance Film Festival and received critical acclaim, before its distribution rights were acquired by Netflix for approximately $16 million.

Rebecca Hall made her professional stage debut in 2002 when she starred as Vivie in her father’s production of Mrs Warren’s Profession at the Strand Theatre in London. Her performance, described as “admirable” and “accomplished”, earned her the Ian Charleson Award in 2003.

Hall’s father celebrated 50 years as a theatre director by staging a season of five plays at the Theatre Royal in Bath, Somerset in 2003. She starred in two of these plays; she appeared as Rosalind in her father’s production of As You Like It, which gained her a second Charleson nomination and starred in the title role of Thea Sharrock’s revival of D. H. Lawrence’s The Fight for Barbara.

She reprised the role of Rosalind in a touring production of As You Like It, again under the direction of her father in 2005. This tour played the Rose Theatre in Kingston upon the Thames, the Brooklyn Academy of Music in New York, the Curran Theatre in San Francisco and the Ahmanson Theatre in Los Angeles. This was a second leg of the U.S. tour that began in 2003 with venues at the Shubert Theater New Haven, Connecticut, Columbus, Ohio, and the Wilbur Theater in Boston.

In 2008–09, Hall appeared in Sam Mendes’s first instalment of the Bridge Project as Hermione in The Winter’s Tale and as Varya in The Cherry Orchard. The project gave performances with the same cast in Germany, Greece, New Zealand, Singapore, Spain, the United Kingdom and the United States. In 2010–11, she played the Viola in a production of Twelfth Night at London’s National Theatre, directed by her father.

Hall made her Broadway debut in 2013 in Sophie Treadwell’s expressionist play Machinal. The Roundabout Theater production, directed by Lyndsey Turner, began previews on 20 December 2013, with the official opening on 16 January 2014 at the American Airlines Theatre.

In 2006, following her film debut in Starter for 10, Hall got her breakthrough role in Christopher Nolan’s thriller film The Prestige. In 2008, she starred as Vicky in Woody Allen’s romantic comedy-drama Vicky Cristina Barcelona, for which she received a Golden Globe nomination for Best Actress.

Rebecca Hall then appeared in a wide array of films, including Ron Howard’s historical drama Frost/Nixon (2008), Ben Affleck’s crime drama The Town (2010), the horror thriller The Awakening (2011), the superhero film Iron Man 3 (2013), the science fiction film Transcendence (2014), the psychological thriller The Gift (2015), the live-action/CGI fantasy adventure film The BFG (2016), the biographical drama Professor Marston and the Wonder Women (2017) and the monster film Godzilla vs. Kong (2021).

Hall was praised in 2016 by critics for her portrayal of reporter Christine Chubbuck in the biographical drama Christine.

Rebecca Hall is married to his longtime boyfriend Morgan Spector, they had their wedding in 2015. In 2014, she met her husband actor Morgan Spector while co-starring in a Broadway production. They married in 2015. Their first child was born in 2018. However, in 2010, there was intense media speculation of an affair between Hall and director Sam Mendes, who was married to Kate Winslet at the time. Hall and Mendes were in a relationship from 2011 to 2013.

How much is Rebecca Hall worth? Rebecca Hall net worth is estimated at around $5 million. Her main source of income is from her acting career. Hall successful career has earned her some luxurious lifestyles and some fancy cars. She is one of the richest and influential actresses in the United Kingdom. However, she made her directorial debut with Passing (2021), receiving critical acclaim.