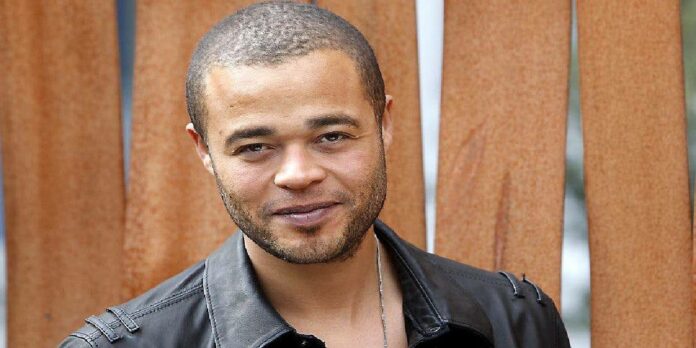 Read the complete write-up of Remee net worth, biography, age, height, family, parent, wife, children, X-Factor as well as other information you need to know.

Remee is a Danish producer, composer and songwriter. He has written more than 60 hits and has sold over 25 million records. He has co-written several songs with Thomas Troelsen.

Remee was a rapper in the pop group Sound of Seduction and in Thomas Blachman’s jazz and hip-hop project in the early and mid-1990s. In 1998, Remee broke through as a producer/songwriter for the pop duo S.O.A.P, with the debut album Not Like Other Girls. At the Danish Grammy Awards, the group was honoured with two prizes, and Remee was nominated for the Producer of the Year.

In 1999, he wrote and co-produced “Let Love Be Love”, sung by Juice, SOAP and Christina Undhjem, as well as Remee. The track is, according to DR, one of the most played songs ever on Danish radio.

Check Out: Martin Jensen net worth

In 2003, he helped write Jamelia’s international hit “Superstar”, which was originally released by Danish singer Christine Milton, and won him a British Ivor Novello Award. Later that year, he co-hosted the first Junior Eurovision Song Contest alongside Camilla Ottesen.

In 2005, Remee and Nicolai Seebach and Rasmus Seebach composed the tribute song for the victims of the Boxing Day tsunami. Remee, along with several Danish celebrities, performed the song “Hvor små vi er”. The song went 13 times platinum and raised more than 3 million Danish kroner (500,000 US dollars) for the tsunami victims.

In 2008, he became one of the original judges with Thomas Blachman and Lina Rafn searching for talent in the Danish version of the TV show X-Factor. He mentored the Under 25s category, which consisted of Martin Hoberg Hedegaard, Laura Arensbak Kjaergaard and Basim Moujahid. All of his acts reached the semi-final, with Hedegaard and Kjaergaard finishing as winner and runner-up respectively.

The same year, he co-wrote the German entry for the Eurovision Song Contest 2008, “Disappear”, performed by No Angels.

In 2009, Remee returned to the judging panel alongside Blachman and Rafn for the show’s second season. Remee mentored the Groups category for his second season, which consisted of the Alien Beat Club, Asian Sensation and Tårnhøj. Alien Beat Club reached the final but lost out to Rafn’s last act Linda Andrews. Remee continued as a judge for the third season, with Soulshock and Pernille Rosendahl replacing Blachman and Rafn.

Check Out: Thomas Blachman net worth

He mentored the Under 25s category, which consisted of Tine Midtgaard Madsen, Jesper Boesgaard and Anna “Faroe” Nygaard. Nygaard was eliminated in week 5 of the live shows, Boesgaard was eliminated in week 6 and Nygaard lost out to Thomas Ring Petersen, mentored by Rosendahl. Remee confirmed his departure after the final of season 3 and his replacement for the fourth season was Cutfather.

In 2013, Remee returned as a judge for the seventh season of X Factor alongside original fellow judges Thomas Blachman and Lina Rafn, replacing Anne Linnet. For his fourth year on the show, Remee was given the Over 23s category, which consisted of Lucy Mardou, Pernille Nordtorp and Steffen Gilmartin. Gilmartin was eliminated in week 4, Nortorp was eliminated in week 6 and Mardou lost out in the final to Anthony Jasmin, mentored by Blachman.

It was confirmed in August 2014 that Remee would return for season 8 in 2015. Remee won as a winning mentor in season 8 with Emilie Esther, again in season 9 with Embrace and in season 10 with Morten Nørgaard; Remee is now the mentor with the most wins in Danish X Factor history.

At the end of 2012, Remee officially changed his name from Mikkel Johan Imer Sigvardt to Remee Sigvardt Jackman. Jackman is his biological father’s name and Sigvardt is his adoptive father’s name. He started dating model Mathilde Gøhler in 2014. In 2015, they had a daughter. While celebrating his birthday on 11 November 2017, he proposed to Gøhler and she accepted. Remee has two children Emma Sigvardt Jackman and Kenya Veneda Gøhler Jackman.

How much is Remee worth? Remee net worth is estimated at around $5 million. His main source of income is from his music career. Remee’s successful career earned him some luxurious lifestyles and some fancy cars. He is one of the richest and influential musicians in Denmark.

Scary As MCE is Robbed at Gunpoint

Government urged to ban use of shisha over respiratory effects

31/01/2021
ABOUT US
Our Motive is to provide reliable, accurate and informative news to you. The Urban and Rural at heart ❤️
Contact us: [email protected]
FOLLOW US
© Apumone 2022 All Rights Reserved