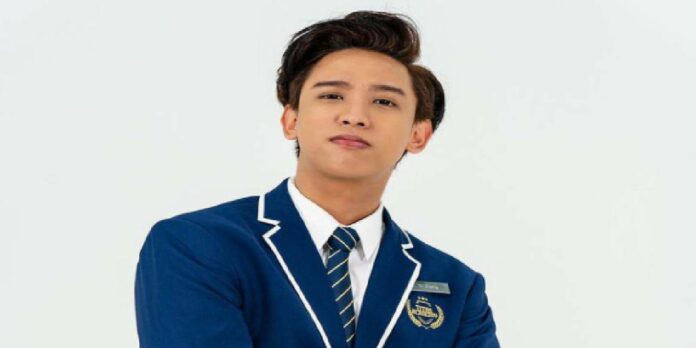 Read the complete write-up of Ridhwan Azman net worth, age, height, family, girlfriend as well as other information you need to know.

Ridhwan Azman is a Singaporean YouTuber, actor and influencer. He was first widely recognised for his role as Recruit Ismail in Jack Neo’s Ah Boys to Men series. As of 25 November 2019, he has more than 531,000 subscribers on his YouTube channel, 193,000 followers on Instagram and 5,500 followers on Facebook.

Ridhwan Azman was born on April 9, 1993(age 28 years) in Singapore. His parents divorced when he was 9 years old after his biological father had an affair with their Indonesian maid. Following this, Ridhwan and his younger siblings were raised by their mother. As a result of the divorce, the family was momentarily homeless and sought refuge at a number of relatives’ homes. In his words, Ridhwan was “forced to grow up” to be a pillar of support for his mother and younger siblings.

Check Out: JianHao Tan net worth

Ridhwan performing on Campus Superstar in 2009. Screengrab from YouTube video.
In 2009, Ridhwan was one of the Top 12 finalists in Channel U’s reality TV singing competition Campus Superstar. In his own words: “I (Ridhwan) wanted to show that I was a versatile singer who could sing in most languages, including Mandarin… As it is, I have sung in Hokkien, Malay, Hindi and Korean.”

Ridhwan’s earlier uploads on his YouTube channel include song covers and some original compositions. He had also participated in The New Paper’s LOUD Cover Contest in 2012, where he jammed to Jay Chou’s songs with a fellow participant, Muhd Afiq Juraimi.

Ridhwan had a recurring role as Recruit Ismail on Jack Neo’s Ah Boys to Men series. According to Ridhwan, he had no intention to audition for the role and was instead accompanying a friend. Nevertheless, he was roped in to audition and successfully claimed the role. Ridhwan’s role in the films established his presence and popularity in the media industry.

As of November 2019, Ridhwan’s first video on his channel was published on 1 December 2013, after his old account was hacked and all its content deleted. Ridhwan frequently collaborated with JianHao Tan and featured other local Youtubers such as Banchothematrep on his channel. More recently, he specialises in comedic skits, producing content like the “Kena Trend” web series.

In November 2017, Ridhwan founded CrayEight Studios Pte Ltd, a subsidiary of The JianHao Tan Media Pte Ltd – now Titan Digitial Media Pte Ltd. As of November 2019, he is listed as the Founder and Director of the subsidiary company. In its description, CrayEight Studios is listed as a media/news company that specialises in “corporate video production, events management and social media marketing”.

Ridhwan started dating Nicole Choo sometime in 2015 after she first appeared in a video on his YouTube channel. According to Ridhwan, he had first met Nicole when he was scouting new talents for JianHao’s channel. The details of their relationship were heavily publicised on their respective social media accounts.

On 2 February 2017, Nicole published an entry on her blog titled “We Broke Up”. The entry detailed the mutually abusive and problematic aspects of their relationship. In response, Ridhwan wrote a series of posts on his Facebook and Instagram, giving his side of the story. Ridhwan accused Nicole of cheating on him during their relationship and shared that he bore the brunt of her aggression. Their breakup gained notoriety as they tried to demean each other online. In a 2017 YouTube video titled “Shit People Say After Breakup”, Ridhwan made references to his relationship and public breakup with Nicole.

On 2 December 2015, Ridhwan left The JianHaoTan Co., citing that he “felt that he deserved better”. According to Ridhwan’s blog entry, he wanted to leave the company because he was not earning much. In his own words, he claimed that: “… when I was working as a waiter, I can earn more, and see my mom, but not when I was with THEJIANHAOTANCO (sic).”

Ridhwan also insinuated that he was often sidelined despite helping “to build that company, with (his) bare hands (sic)”. He added that he had been “indirectly” mocked by colleagues Vincent and Danial. Ridhwan made these accusations through a video on his YouTube channel that has since been removed. Following these allegations, JianHao uploaded a screenshot of his conversation with Ridhwan on his Instagram. In his caption, JianHao called out Ridhwan for playing a “pity game”. The post also provided a detailed rebuttal against every accusation that Ridhwan made against JianHao.

On 8 October 2017, JianHao uploaded a video titled “What Really Happened Between Us” which featured Ridhwan. Together, they explained their falling out and announced that Ridhwan would be returning to Titan Digital Media and collaborating with JianHao while running CrayEight Studios.

Luna Woo was one of Ridhwan’s publicly known ex-girlfriends. On 3 August 2013, Luna shared a detailed account of her relationship with Ridhwan on her personal blog. According to Yahoo! News, Luna “revealed that Ridhwan had physically and verbally abused her more than once during the relationship”. Images of what appeared to be Luna’s bruised face surfaced online and was picked up by the now-defunct The Real Singapore.

In response to Luna’s allegations, Ridhwan wrote a blog entry titled “I Love This Girl” which recounted his version of events. In his words, Ridhwan shared that Luna was the one who introduced violence in their relationship by “slapping and humiliating (him) in the bus”. Ridhwan admitted and apologised for hitting Luna while insisting that the post was not to “cover (his) ass” and “saying whose (sic) at fault”.

It was reported that on 15 November 2013, Ridhwan had filed a police report against cyber hackers – believed to be from AnonymousSG – who had taken control of his social media accounts. The hackers had frozen him out of his YouTube, Facebook, Twitter, Instagram, Blogspot and two e-mail accounts.

According to Ridhwan, the hack happened after he had asked his YouTube subscribers not to support the hacktivist group AnonymousSG after it had threatened the Singapore Government. As such, it was assumed that the hackers had retaliated by hacking into his accounts and locking him out of them. Eventually, it was revealed that the hackers were not affiliated with AnonymousSG. The investigation led to the arrest of two men responsible for hacking the PMO website and Ridhwan’s accounts.

How much is Ridhwan Azman worth? Ridhwan Azman net worth is estimated at around $2 million as of 2022. His source of income is from his career as an actor. Azman”s successful career has earned him some luxurious lifestyles and some fancy cars. He is one of the richest YouTubers in Singapore.