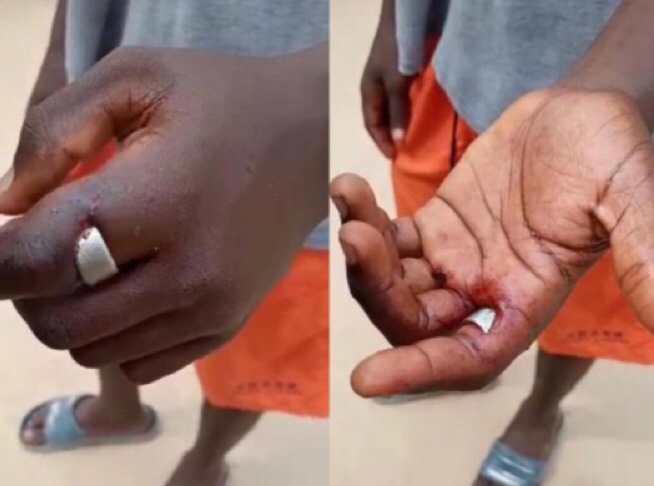 A 19-year-old boy is on the verge of losing his finger or his life for wearing his friend’s ring made for spiritual purposes.

According to close relations, the victim reported that he found his friend’s ring lying on a table while they played video game at Kasoa Iron City.

The shine from the silver ring attracted him so he picked and wore it overnight, only to wake up with a swollen index finger.

All efforts to remove the ring proved futile, as blacksmiths only succeded in breaking off part of the ring.

t is said the family of the teenager have reached out to pastors and doctors, but all hopes seem to be dashing out.

What is beyond the resident’s comprehension is how the ring is boring its way into the teenager’s flesh and bones.

Information gathered indicates that the owner revealed the ring is resistant to water, as ordered by his spiritual advisor.

It is also reported the owner demanded a newborn baby’s blood to appease the deity to avert the consequence.