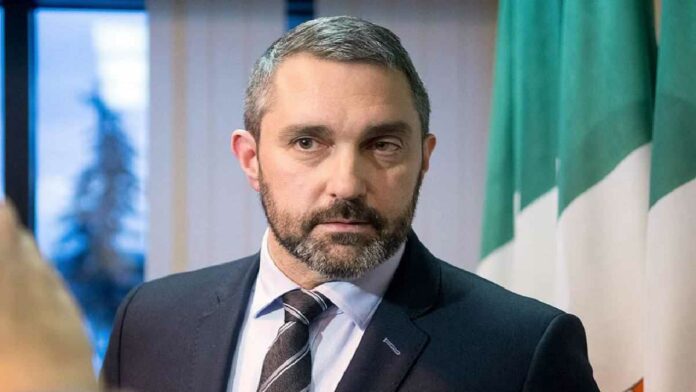 Sandy Silver is a Canadian politician, the ninth and current premier of Yukon since 2016. He was first elected to the Yukon Legislative Assembly in the 2011 election and was re-elected in 2016. He represents the electoral district of Klondike and is the Leader of the Yukon Liberal Party.

Sidney Alexander “Sandy” Silver was born on October 15, 1969 (age 53 years) in Antigonish, Canada. Originally from Antigonish, Nova Scotia, Silver has lived in Dawson City since 1998. He is the son of Eugene Silver and Germaine Silver, his parents operated Silvers Cleaning & Laundry for four decades. He has three siblings Tim Silver, Mike Silver, and Gena Silver all of whom have established careers in the medical field. Like his father Eugene Silver, Sandy loved music and grew up practicing the guitar and drums in his family’s basement.

He also played basketball and raced motorcycles. Before his election to the Legislative Assembly, he was a high school math teacher at Robert Service School in Dawson. He holds degrees in math and psychology from St. Francis Xavier University and a Bachelor of Education from the University of Maine.

Sandy Silver was first elected on October 11, 2011, defeating incumbent Yukon Party Cabinet minister Steve Nordick in the rural Yukon riding of Klondike. It was the only gain for the Yukon Liberal Party that election, which saw its caucus reduced to two seats (Silver and Darius Elias) and its leader, Arthur Mitchell defeated.

On August 17, 2012, Silver became interim leader of the Yukon Liberal Party following the resignation of Darius Elias, who quit the Liberals to sit as an Independent and left Silver as the lone Liberal MLA in the legislative assembly. Elias would later cross the floor to sit with the governing Yukon Party.

Sandy Silver became the permanent leader of the Yukon Liberal Party by acclamation in February 2014. He led the Liberals to a majority government in the 2016 election, taking his party from his single seat in the legislature to 11 of 19. It was also the party’s strongest-ever showing in rural Yukon, where the Liberals took four of eight seats.

Silver himself won the most votes and the highest share of support than any other candidate on election night. His party had campaigned on a platform that advocated for economic diversification, environmental protection, and improving First Nations relations.

Sandy Silver and his Cabinet were sworn in on December 3, 2016. His seven-member cabinet consisted of four men and three women. Silver himself assumed the portfolios of Minister of Finance and Minister of the Executive Council Office, in addition to Premier. He is currently also a member of the Members’ Services Board.

Sandy Silver is currently single and not married. He is not dating anyone that is why his partner or wife is unknown to the general public. Silver has no children and stands with an appealing height and has a good bodyweight that suits his personality.

How much is Sandy Silver worth? Sandy Silver net worth is estimated at around $3 million. His main source of income is from his career as a politician and former teacher. Silver successful career has earned him some luxurious lifestyles and some fancy cars trips. He is one of the richest and influential politicians in Canada. Sandy Silver salary ranges from $180,000 to $485,000 as of 2022.