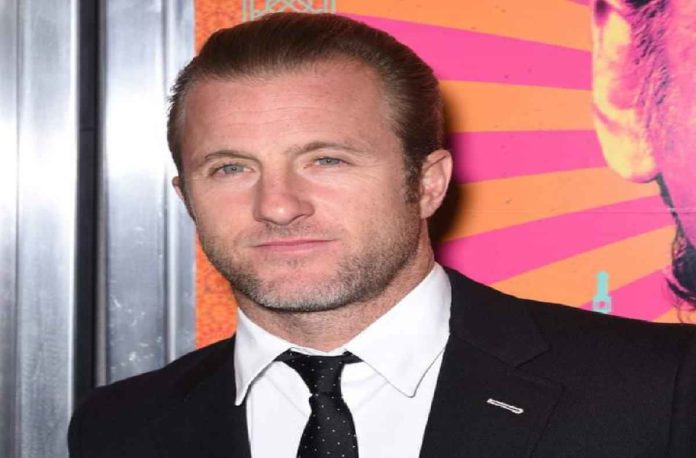 Read the complete write-up of Scott Caan net worth, biography, age, height, wife, children, Tv shows, movies as well as other information you need to know.

Scott Andrew Caan is an American actor, writer, director, photographer, and rapper. He stared as Detective Sergeant Danny “Danno” Williams in the CBS television series Hawaii Five-0, for which he was nominated for a Golden Globe Award. Caan had a recurring role as manager Scott Lavin in the HBO  television series Entourage. In the 1990s, he was a part of hip hop group The Whooliganz with The Alchemist.

Scott Andrew Caan was born on August 23, 1976 (age 44) in Los Angeles, California. He is the son of actor James Caan and Sheila Marie Ryan, an actress and former model. His paternal grandparents were Jewish  immigrants from Germany. He has an older half-sister named Tara Caan and three younger half-brothers named Alexander James Caan, Jacob Nicholas Caan, and James Arthur Caan.

Caan was a roadie for the hip hop groups  Cypress Hill and House of Pain. Caan was also a member of the hip-hop group The Whooliganz as Mad Skillz (with producer and fellow MC The Alchemist as Mudfoot).

The Alchemist and he, when performing as the rap duo the Whooliganz in the early 1990s, signed a record deal with Tommy Boy/Warner Bros. records. They recorded the album Make Way for the W, but after their first single “Put Your Handz Up”, the album was shelved and the duo was dropped by Tommy Boy.

Check Out: Top 10 richest women in the world and their net worth

In 1995, the Whooliganz’ song “Whooliganz” was released as a single in the UK, but Caan and the Alchemist had already parted ways. Caan reunited with his former partner The Alchemist in 2014 on the Step Brothers project  Lord Steppington, performing on the song “Byron G” with musician Evidence.

After enrolling at the Playhouse West acting school in Los Angeles, Caan began acting in the late 1990s, appearing in a number of independent films and low-budget films. His first role in a major motion picture was that of Charlie Tweeder, a reckless philandering Texas high school football wide receiver in the teen movie Varsity Blues (1999), alongside James Van Der Beek and Paul Walker.

However, in the same year, he played the role of Drew in the film Saturn (also known as Speed of Life). Caan subsequently appeared in several studio films, including  Ready to Rumble (2000) co-starring David Arquette, Boiler Room (2000) co-starring Vin Diesel, Gone in 60 Seconds (2000) as Tumbler, and American Outlaws (2001) co-starring Colin Farrell, in which Caan played 19th-century outlaw Cole Younger. In 2003, Caan made his directorial debut with the film Dallas 362, which won a prize at the 2003 Las Vegas Film Festival.

Caan appeared in the feature film trilogy Ocean’s Eleven, Ocean’s Twelve, and Ocean’s Thirteen. In 2005, he co-starred with Paul Walker (with whom he had appeared in Varsity Blues) in the action film Into the Blue. Caan wrote and directed the 2006 comedy The Dog Problem, and appeared as a supporting character in the film as well. He appeared on the television series Entourage in a recurring role as talent manager Scott Lavin from seasons six to eight.

Caan plays Detective Danny “Danno” Williams in Hawaii Five-0 (a re-imagining of the 1968  Hawaii Five-O television series). The new series premiered on September 20, 2010, and in 2011 he was nominated for a Golden Globe Award for Best Supporting Actor – Series, Miniseries or Television Film for his performance.

Further, in addition to acting, Caan has also pursued a career in photography. Inspired and trained by cinematographer Phil Parmet while working together on the 2003 film Dallas 362, Caan has been shooting ever since. “In preparing for the film,” Caan said, “Phil inspired me to learn about lenses, lights, frames, and the operation of a 250 millimeter camera. By the time the film was over, I wanted to shoot the next one.” In 2009, he published his first collection of photographs in a 256-page book entitled Scott Caan Photographs, Vol. 1. The book was edited and designed by Howard Nourmand, and includes an introduction by Steve Olson.

Scott Caan is married to his longtime girlfriend Kacy Byxbee. In 2014, it was announced that Caan and his girlfriend, Kacy Byxbee, were expecting their first child; in July of that year their daughter, Josie James, was born.

How much is Scott Caan worth? Scott Caan net worth 2021 is estimated at around $16 million. His major source of income is generated from his primary career as an actor. However, Caan has been an Active Volunteer with Surfers Healing, an organization which introduces children with autism to the joy of surfing, as well as similar groups such as A Walk On Water, TheraSURF, and Life Rolls On. He has a black belt in Brazilian jiu-jitsu.