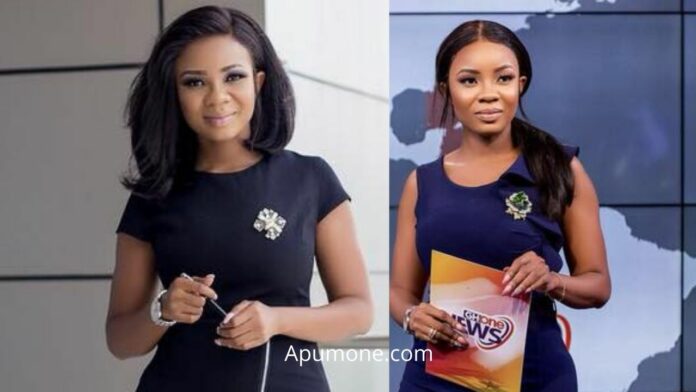 Serwaa Amihere net worth: Serwaa Amihere is a Ghanaian broadcast journalist and news presenter who currently works with GHOne TV. She won the Television Female Newscaster of the Year Award at the 2018 Radio and Television Personality Awards.

She started as the producer of the award-winning current affairs show, State of Affairs hosted by Nana Aba Anamoah. She is the host of Cheers, a weekend sports show telecast on GHOne TV.

Biography: Serwaa was born on 8 March 1990 as the first born to Frank Yeboah and Lydia Tetteh. She went to Yaa Asantewaa Secondary School and studied banking and finance at the Methodist University College, Ghana.

Serwaa Amihere is one of the leading news anchor on GHOne TV and the first Ghanaian to win RTP Awards’ Best TV Newscaster of the Year 3-times in a row.

Check Out: Berla Mundi net worth