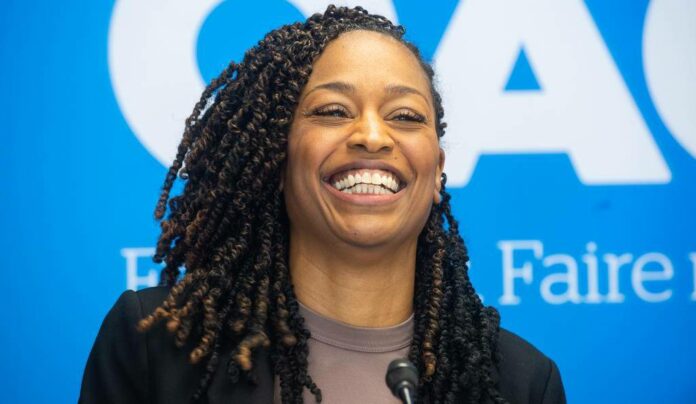 Shirley Dorismond is a Quebec nurse and politician . Former vice-president of the Fédération interprofessionnelle de la santé du Québec (FIQ), she has been the Member of Parliament for Marie-Victorin in the National Assembly of Québec for the Coalition avenir Québec since April 2022.

Following the resignation of MNA Catherine Fournier, elected Mayor of Longueuil in the November 2021 municipal elections, a by-election is scheduled in Marie-Victorin.

Shirley Dorismond was presented by the Coalition Avenir Québec on January 30, 2022, which insists on her career in health in a context of health crisis linked to Covid-19.

The media report significant differences between the candidacy, which defends the concept of systemic racism, and the government, but both parties accept this difference.

After a two-month campaign, the by-election was held on April 11, 2022, and Shirley Dorismond was elected MP for Marie-Victorin with 34.95% of the vote 2.

Omotola’s Husband cheating on Her?

08/03/2021
ABOUT US
Our Motive is to provide reliable, accurate and informative news to you. The Urban and Rural at heart ❤️
Contact us: [email protected]
FOLLOW US
© Apumone 2022 All Rights Reserved
Go to mobile version