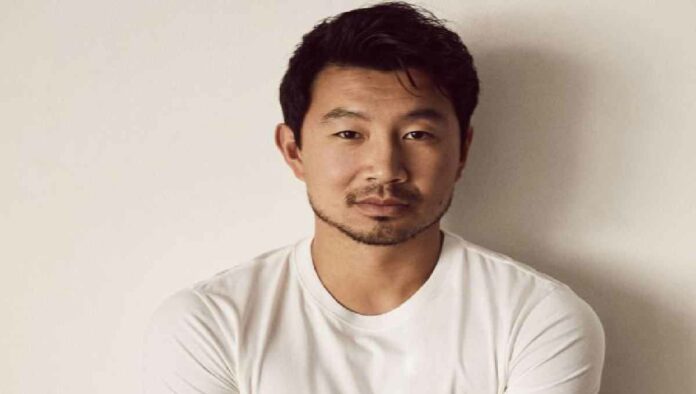 Read the complete write-up of Simu Liu net worth, age, wife, children, height, family, parents, movies, and tv shows as well as other information you need to know.

Simu Liu is a Canadian actor and stuntman. He is best known for portraying Shang-Chi in the 2021 Marvel Cinematic Universe (MCU) film Shang-Chi and the Legend of the Ten Rings. He also played Jung Kim in the CBC Television sitcom Kim’s Convenience and received nominations at the ACTRA Awards and Canadian Screen Awards for his work in Blood and Water.

Simu Liu was born on April 19, 1989 (age 33 years) in Harbin, China. Liu was raised by his grandparents until age 5, when his parents immigrated with him to Kingston, Ontario, Canada. He was raised in Mississauga, Ontario. He attended the University of Toronto Schools for high school and studied business administration at the Ivey Business School at the University of Western Ontario, graduating with honours in 2011. Liu initially worked as an accountant at Deloitte but was eventually laid off in April 2012. He began to explore other career options and decided to pursue a career as an actor and stuntman.

Simu Liu got his start in acting working as an extra and stuntman, appearing in movies and music videos such as Guillermo del Toro’s Pacific Rim and Avicii’s I Could Be The One. His other early onscreen credits include Nikita (2012) and Beauty and the Beast (2014). He appeared as a stuntman in Sick: Survive the Night (2012) and the TV miniseries Heroes Reborn.

Liu was cast in his first significant recurring role in 2015, appearing as a series regular in seven episodes of the Omni Television crime drama series Blood and Water (2015–2016). He would later receive his first award nominations for this role at the ACTRA Awards and Canadian Screen Awards in 2017.

Check Out: Gabriel Mann net worth

He was cast in his first main role as Jung Kim in CBC’s popular sitcom Kim’s Convenience later in 2015, the TV adaptation of a popular play of the same name. It remains his most notable television success to date, with the series being nominated for and winning multiple awards internationally, including “Best Comedy Series” at the 2018 Canadian Screen Awards and “Most Popular Foreign Drama” at the 2019 Seoul International Drama Awards. Liu starred in the series until its ending in 2021.

In 2016, Simu Liu was cast in a recurring role as the ex-CIA analyst Faaron, loosely modeled on real-life ex-analyst Rodney Faraon, in the NBC prequel series Taken based on the film franchise starring Liam Neeson. Even as he was cast in main and recurring roles, Liu continued to appear as an extra on several television shows, appearing in an episode of the hit BBC-Space series Orphan Black as well as in the Canadian science fiction series Dark Matter.

Simu Liu appeared in the second season of Slasher in 2017 as well as the CityTV miniseries Bad Blood, both as recurring characters. In 2018, he appeared in the science fiction television series The Expanse and Wong Fu Productions’ YouTube series Yappie.

Simu Liu guest-starred in early 2019 in the 100th episode of ABC’s Fresh Off the Boat as a noodle vendor named Willie. He also guest-starred in an episode of the TV series Awkwafina Is Nora from Queens as Garbage Boy. At Comic-Con 2019, Disney announced that Liu would play the titular superhero Shang-Chi in the film Shang-Chi and the Legend of the Ten Rings, which is set in the Marvel Cinematic Universe (MCU).

Check Out: Andrea Bang net worth

Shang-Chi and the Legend of the Ten Rings is Marvel’s first film with an Asian-led cast. Liu had asked about playing the role on Twitter in December 2018 when the movie was revealed to be in development. After several production and release delays due to the COVID-19 pandemic, the film was released in theaters on September 3, 2021, to a generally positive reception. A sequel is planned.

In September 2021, it was revealed that Simu Liu will lead the English-language voice cast of Bright: Samurai Soul, a Netflix anime film that premiered on 12 October. In February 2022, Liu joined the cast of Greta Gerwig’s Barbie film for Warner Bros. and the thriller film Hello Stranger directed by April Mullen.

Simu Liu was paid $100 in 2014 to model for a set of stock photos for FatCamera; the photos later appeared in subway stations, advertisements, storefronts, pamphlets, and textbook covers. The photos received widespread media coverage upon Liu’s mainstream acting breakthrough in 2021.

In 2016, Simu Liu helped write Blood and Water, during which he helped break the story for the show and wrote an episode for its second season. In 2017, Liu worked with Wong Fu Productions on their short Meeting Mommy (2017), which he wrote and produced with Tina Jung. It was released in February 2018 on the Wong Fu Productions YouTube channel.

Simu Liu wrote for Maclean’s magazine in December 2017 about his experiences growing up in an immigrant family. The article was later published in the magazine’s January 2018 issue. His memoir, We Were Dreamers: An Immigrant Superhero Origin Story, is set to be published by HarperCollins on May 3, 2022. Liu founded his own film production company, 4:12 Entertainment in 2018, and began developing long-form film projects under it. In March 2021, Liu published a column in Variety detailing the effects of Asian hate crimes and how “rhetoric like ‘the China virus’ encourages hate toward all Asian people—not just Chinese.”

Simu Liu holds Canadian nationality but his place of birth was in China. At 5, he immigrated with his parents to China and after staying for several years he qualified as a Canadian citizen. However, Liu is a fan of the Toronto Raptors in the NBA. Liu was nominated for a Canadian Screen Award and an ACTRA Award in 2017 for his work in Blood and Water. He, along with his Kim’s Convenience castmates, won the ACTRA Award for Outstanding Ensemble in 2017. Liu and his castmates were subsequently nominated for the same award in 2018 and 2019. Kim’s Convenience also went on to win the award for Best Comedy Series at the 2018 Canadian Screen Awards.

Simu Liu is currently not married but is in a relationship with Allison Hsu. As of 2022, there is no news about their wedding ceremony or marriage plans in the public. He has no children. He was named one of Hello!’s 50 Most Beautiful Canadians and 25 Hottest Bachelors in 2017 and 2018. In May 2021, Liu became the first East Asian man to cover Men’s Health magazine in over a decade since Jet Li in 2010. In November 2021, Liu became the fourth actor of Chinese descent to host Saturday Night Live. He is slated to host the Juno Awards of 2022 ceremony in May 2022.

How much is Simu Liu worth? Simu Liu net worth is estimated at around $20 million. His main source of income is from his career as an actor and stuntman. Liu’s successful career has earned him some luxurious lifestyles and some fancy cars trips. He is one of the richest and most influential actors in Canada. However, on stage, Liu was nominated for a Dora Mavor Moore Award in the Outstanding Ensemble category alongside his castmates in the 2016 Factory Theatre remount of the play Banana Boys. Simu Liu stands at an appealing height of 1.75m and has a good body weight which suits his personality.