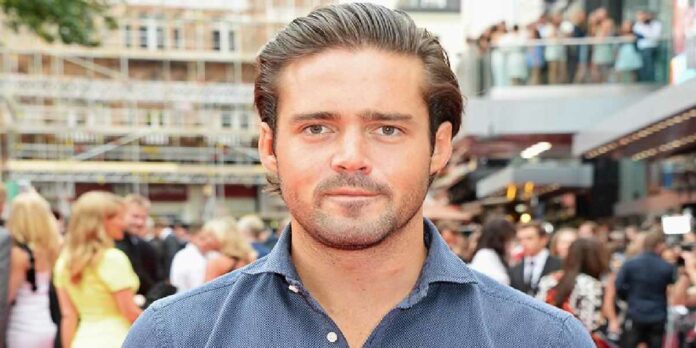 Spencer Matthews is a British entrepreneur and television personality, known for his appearances on Made in Chelsea. He has also appeared on other television shows such as Celebrity MasterChef and The Jump. He is the founder and CEO of CleanCo, a low and no alcohol drinks company.

Spencer George Matthews was born on August 6, 1988 (age 33 years) in London, United Kingdom. He is the third son of landowner and entrepreneur David Matthews from his second marriage to Rhodesian-born Jane Spencer Parker, an artist. His mother was educated at the Slade School of Art.

Matthews is named after his maternal grandfather, Robert Spencer Parker, an architect. He has an older half-sister, Nina, and two older brothers James and Michael, the latter of whom died at age 22 scaling Mount Everest in 1999.

The family-owned Caunton Manor, a 30-acre estate in Nottinghamshire, and Eden Rock in Saint Barthélemy, one of the top 100 resorts in the world. Matthews split his childhood between the two residences.

He was educated at Eton College. In 1999, when Matthews was ten years old, his brother Michael was killed in a mountaineering accident on Everest, hours after becoming the youngest Briton to conquer the peak.

He attended the University of Southern California where he studied Cinema and Television with the aim of becoming an artist but dropped out after nine months.

In 2007, upon purchasing a 10,000-acre estate with a hunting lodge in Scotland, his parents acquired the Scottish courtesy titles of Laird and Lady of Glen Affric.

Spencer Matthews came into the public eye through the E4 constructed reality show Made in Chelsea.

In 2017, he won the fourth series of Channel 4’s competition show, The Jump. In 2018, he participated in and reached the final of Celebrity Masterchef. The same year, he became the face of Cartoon Network’s Ben 10 Deluxe Omnitrix Watch.

The year 2019 saw Matthews work alongside his wife on their own E4 show Spencer, Vogue and Baby Too. The show was renewed for a second series. He also co-founded a bespoke diamond retailer, Eden Rocks, and Clean Liquor Company which sells low alcohol drinks.

Matthews has presented for the BBC’s Watchdog, appeared in a CBeebies 2019 marketing campaign and worked with the Agricultural and Horticultural Development Board.

In 2016, Spencer Matthews admitted that he had previously used anabolic steroids. The previous year, he had been asked to leave the fifteenth series of I’m a Celebrity…Get Me Out of Here! due to his consumption of steroid pills while participating as a contestant in the series.

Spencer Matthews is married to Vogue Williams, they had their wedding on 8 June 2018 at his family’s Glen Affric Estate. His wife Vogue William is a model from Ireland. The couple has a son born on 5 September 2018 and a daughter born on 22 July 2020. However, Matthews achieved his blue belt in Brazilian jiu-jitsu in 2020 after training for 15 months. He lives in a newly purchased house in Ireland with his wife and children.