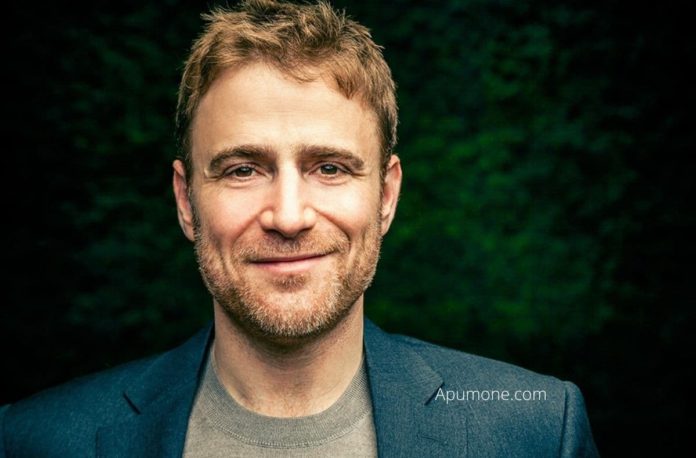 Stewart Butterfield is a Canadian billionaire businessman, best known for co-founding the photo-sharing website Flickr and the team-messaging application Slack. He is one of the influential tech founders in the world.

Stewart Butterfield whose real name is Daniel Dharma Jeremy Butterfield was born on March 21, 1973(age 48 years) in Lund, British Columbia. His parents are Norma and David Butterfield. For the first five years of his life he grew up in a log cabin without running water or electricity. His family lived on a commune in remote Canada after his father fled the US to avoid being drafted for the Vietnam War. His family moved to Victoria when Butterfield was five years old. As a child, Butterfield taught himself how to code, and changed his name to Stewart when he was 12.

Butterfield was educated at St. Michaels University School in Victoria, British Columbia and made money in university designing websites. He received a B.A. degree in philosophy from the University of Victoria in 1996 and went on to earn a Master of Philosophy from Clare College, Cambridge in 1998.

In 2000, Butterfield worked with Jason Classon to build a startup called Gradfinder.com. Following Gradfinder.com’s acquisition, he worked as a freelance web designer. Butterfield also created a contest called the 5K competition, centered around people with the ability to design websites under 5 kilobytes.

In the summer of 2002, he co-founded Ludicorp with Caterina Fake and Jason Classon in Vancouver. Ludicorp initially developed a massively multiplayer online role-playing game called Game Neverending. After the game failed to launch, the company started a photo-sharing website called Flickr. In March 2005, Ludicorp was acquired by Yahoo!, where Butterfield continued as the General Manager of Flickr until he left Yahoo! on July 12, 2008.

In 2009, Butterfield co-founded a new company called Tiny Speck. Tiny Speck launched its first project, the massively multiplayer game Glitch, on September 27, 2011. Glitch was later closed due to its failure to attract a sufficiently large audience. The game world closed down on December 9, 2012, but the website remained online. In January 2013, the company announced that it would make the most of the game’s art available under a Creative Commons license. On December 9, 2014, a fan project to relaunch Glitch under the name Eleven began alpha testing.

In August 2013, Butterfield announced the release of Slack, an instant-message-based team communication tool, built by Tiny Speck while working on Glitch. After its public release in February 2014, the tool grew at a weekly rate of 5 to 10 percent, with more than 120,000 daily users registered in the first week of August. In early 2014, the data for Slack’s first six-month usage period showed that nearly 16,000 users were registered without any advertising.

That same year, Butterfield secured an office for Slack employees in San Francisco, and was expected to commence recruitment during the second half of the year.

As of December 2015, Slack had raised US$340 million in venture capital and had more than 2 million daily active users, of which 570,000 were paid customers. Slack was named Inc. Magazine’s 2015 company of the year.

In June 2019, the company announced its initial public offering with an opening price of $38.50 and a market capitalization of US$21.4 billion. In December 2020, Salesforce confirmed plans to buy Slack for US$27.7 billion.

In 2005, Butterfield was named one of Businessweek’s “Top 50” Leaders in the entrepreneur category. In the same year, he was also named in the TR35, a list collated by MIT in its MIT Technology Review publication, as one of the top 35 innovators in the world under the age of 35 years. In 2006, he was named in the “Time 100”, Time magazine’s list of the 100 most influential people in the world, and also appeared on the cover of Newsweek magazine.

In November 2008, Butterfield received the “Legacy Distinguished Alumni Award” from the University of Victoria.

In May 2017, he featured in Masters of Scale, a podcast series by Reid Hoffman, co-founder of Linkedin, along with other successful businesspeople such as Mark Zuckerberg, John Elkann, and Brian Chesky. In it, he discussed the scaling strategy adopted by Slack.

Stewart Butterfield net worth is estimated to be around $1.8 billion. His major source of income is generated from his business career. He is living a cool lifestyle from the revenue his company generate. In 2021, Stewart Butterfield apologized for unforced error on the messaging app which he wanted to create a direct messaging between Slack users. However, He is one the richest and influential in Canada.