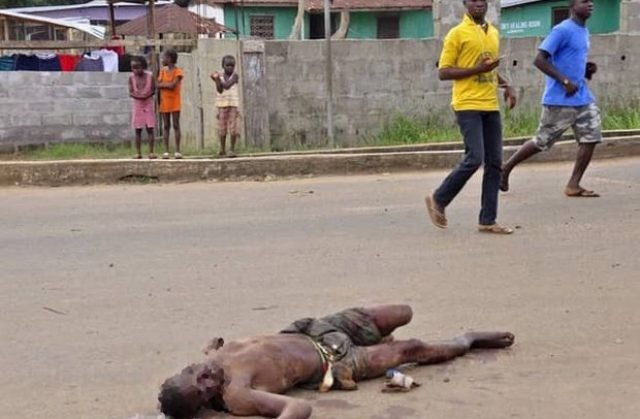 Some residents at Makro-Kumasi in the Ashanti Region subjected an armed robber to severe beating and killed him in the process after he stole an amount of GHC 800.

According to reports, the deceased identified as Awuni stole the money from one businesswoman called Dorothy and her daughter at knifepoint at the Makro Presbyterian school.

The deceased whose name has been given as Awuni was said to have attacked the business woman with a knife threatening to slash the throat of her young daughter if she raises an alarm.

Awuni absconded after taking from the woman 800 cedis.

An alarm was raised and Awuni was given a hot chase by the locals around.

He was subjected to beating and he died in the process.