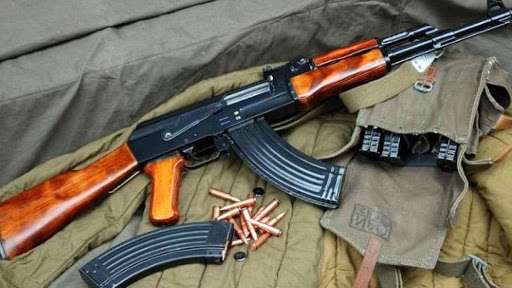 The Tema Regional Police Command of the Ghana Police Service had no option than to gun down an armed robber who was arrested and tried to escape from custody.

The suspect, Joseph Mensah, was arrested on Wednesday, February 10 2021 in connection with a robbery attack on a Sprinter mini-bus of B5 Metal Company with registration number GN 8428-20 last year.

The staff bus contained 15 members of the company at the time of the incident and an amount of GH¢900,000 in a polythene bag meant to pay their wages.

After the arrest of Joseph Mensah who is now dead, he confessed to be a landguard and had tormented many people within the Tema Enclave and volunteered to take investigators to a location in Prampram to recover buried guns and other ammunition used by him and his gang in their criminal activities.

But on reaching the location in Prampram, Joseph Mensah, who is also known as Sharp according to police reports, attempted to escape from the grips of the law enforcers.

He was then gunned down by the officers who later rushed him to the Police hospital but was pronounced dead on arrival.

16/02/2021
What should have been a smooth travel for travel between Ekye Amanfrom to Adawso in Afraim Plains south district nearly became a disaster when...

How Much Dennis Rodman is Worth?, net worth, career earnings and...

06/10/2021
ABOUT US
Our Motive is to provide reliable, accurate and informative news to you. The Urban and Rural at heart ❤️
Contact us: [email protected]
FOLLOW US
© Apumone 2022 All Rights Reserved