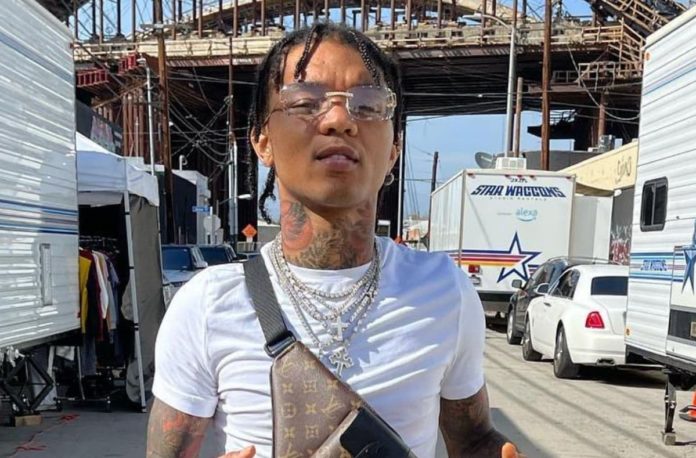 Khalif Malik Ibn Shaman Brown has known professionally as Swae Lee is an American rapper, singer, and songwriter who has a net worth of $9 million. Swae Lee was born in Inglewood, California in June 1995. He is best known for being one half of the hip hop duo Rae Sremmurd along with his brother Slim Jxmmi.

The duo formed in 2009 and released their debut studio album SremmLife in 2015. The album reached #1 on the US Rap and US R&B/Hip-Hop charts and #5 on the Billboard 200 chart.

Their most popular single “Black Beatles” (featuring Gucci Mane) reached #1 on the Billboard Hot 100, the US Rap chart, the US R&B/Hip-Hop chart, and in New Zealand.

Swae Lee released his debut studio album Swaecation in 2018 which featured the single “Sunflower” (with Post Malone) which reached #1 on the Billboard Hot 100, the US R&B/Hip-Hop chart, and in Canada and Australia.

In December 2019, Swae bought a home in the Los Angeles suburbs for $3.5 million. The seller was Star Trek actor Jonathan Frakes and his wife, General Hospital actress Genie Francis.

Swae Lee has become known for his hooks and melodies, as demonstrated in collaborations with the likes of Madonna, Ellie Goulding, Anitta, French Montana and Post Malone among others. He’s been described as ‘the songbird of our generation’, with several of his peers and critics praising his vocal ability.

According to a 2017 interview with A Polaroid Story, Brown describes himself more as a singer than a rapper. In many Rae Sremmurd hits, he brings the softer, melodic side of the song, while his brother Slim Jxmmi often contributes the more robust, rapping element of the group Check out Swae Lee on Instagram.