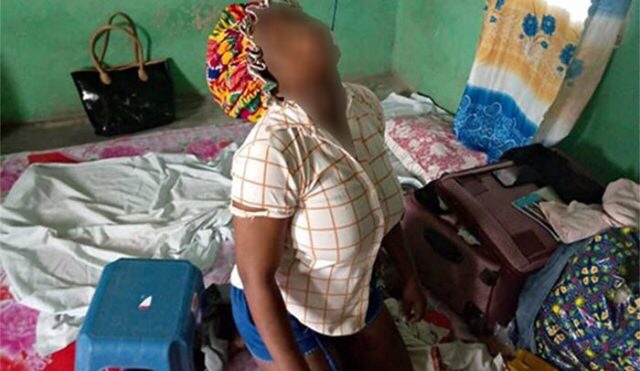 A newly posted teacher has hanged herself to death in her room in the Zabzugu district of the Northern Region to the shock of her neighbors.

According to reports, the deceased was a teacher at Tatale Sanguli district but stays in Zabzugu which is a distance away.

Narrating how the sad Development happens, an eyewitness said, “We did not see her in the morning so we decided to call her phone but was not picking.

This raised suspicion, so we decided to break into the room only to see her dead with sponge on her neck tied to the ceiling.

The cause of her action is unknown.

Meanwhile, her remains has since been deposited at the Yendi Hospital morgue for autopsy and preservation.

08/02/2021
ABOUT US
Our Motive is to provide reliable, accurate and informative news to you. The Urban and Rural at heart ❤️
Contact us: [email protected]
FOLLOW US
© Apumone 2022 All Rights Reserved
Go to mobile version