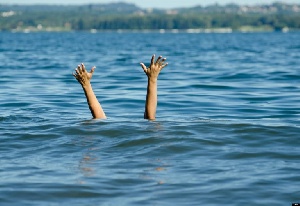 After the devastating news of over 20 teenagers drowning in a river at Apam in the central region.

Traditional authorities in Apam of the Central Region have disclosed to the media that some of the children who drowned in the Apam River had sex along the river which angered the gods to strike them to death.

Although the river was inaccessible to residents due to the restrictions on beach activities, the children managed to visit the river on the blind side of their parents and community leaders.

The traditional leaders consulted the deities, and it was discovered that some of the victims had sex in the river hence the decision of the gods of the land to killed them via drowning.

The Priest further disclosed the leaders of the community are still performing rites to retrieve the remaining bodies.

He explained the leaders say this incident has never occurred before in the community.