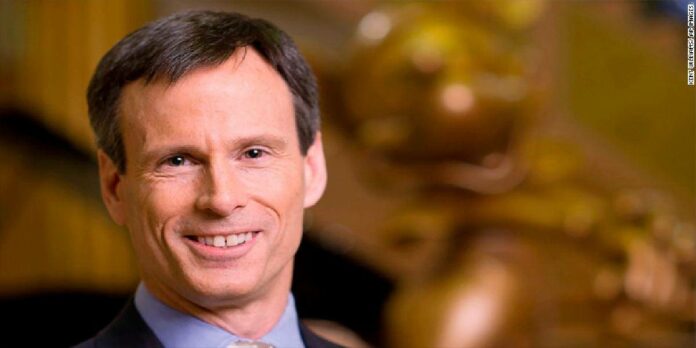 Thomas O. Staggs is an American business executive and investor. He formerly worked at Disney for nearly 27 years, beginning in 1990, serving as a chief operating officer (COO) and chief financial officer (CFO) of The Walt Disney Company and as chairman of Walt Disney Parks and Resorts Worldwide. He holds directorships on various company boards, including Spotify.

Thomas Owen Staggs was born in 1961 (age 61 years) in Illinois, United States. He graduated from Minnetonka High School in 1978 and received a B.S. in business from the University of Minnesota and an MBA from the Stanford Graduate School of Business.

Thomas O. Staggs became executive vice president and chief financial officer in 1998 and became Senior Executive Vice President and CFO in January 2000. As CFO, Staggs was instrumental in purchasing Pixar for $7.4 billion in 2006 as well as acquiring Marvel Entertainment for $4 billion in 2009.

Staggs led the development of the MyMagic plus technology suite. and the creation of an Avatar-themed land in Disney’s Animal Kingdom park. Disney CEO Bob Iger credited Staggs with leading “unprecedented growth and expansion, including the construction of Shanghai Disney”, its $5.5 billion resort.

Check Out: Kevin A. Mayer net worth

On February 5, 2015, Staggs was named chief operating officer of The Walt Disney Company. Despite “Disney’s rocky history of succession”, Staggs was then widely reported as heir apparent to Bob Iger as the Disney CEO.

On April 4, 2016, Disney announced that Staggs and the company had agreed to mutually part ways. Staggs stepped down as COO, effective May 6, 2016, remaining with the company as a “Special Advisor to the CEO” Bob Iger through the end of the fiscal year.

Iger extended his contract as Disney’s chairman and CEO to remain chairman through 2021. Following his departure from Disney, and prior to its August 2019 merger with Viacom, Staggs was in consideration to succeed Les Moonves as CEO of CBS.

FRC is a “full-service provider” to the independent film industry, loaning funds against state film tax credits. FRC began public trading on November 25, 2020 (NYSE: FRX), and was reported that month to have raised more than $US300 million and to have funded and brokered over 150 film and TV projects through state motion picture tax credits.

In February 2021, an agreement for a three-way merger between Forest Road Acquisition Corp, Myx Fitness Holdings and Beachbody was entered into, which values the new business combination at $US2.9 billion.

On February 18, 2021, Forest Road Acquisition Corp II filed for an IPO, with Staggs as co-founder, raising $US350 million, recorded in early March.

Since leaving Disney, Tom Staggs has been an active investor and advisor for various companies, including serving as executive chairman of Vejo, Inc. nutritional beverage and device company, and of Bertsch Industries. He is also a member of the boards of directors of:

Thomas O. Staggs is married to his longtime girlfriend Melanie Staggs. Tom and his wife Melanie have three sons, the couple lives in a private house in Los Angeles.

How much is Thomas O. Staggs worth? Thomas O. Staggs net worth is estimated at around $80 million. His main source of income is from his career as a business executive and entrepreneur. Staggs successful career has earned him some luxurious lifestyles and some fancy cars. He is one of the richest and influential CEOs in the United States.