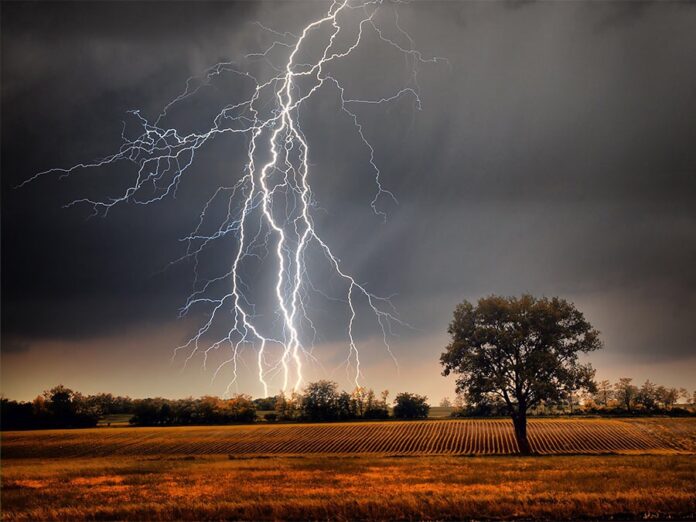 Kojo Donkor A 42-year-old farmer has met his untimely death after he was struck by Lightning In Assin North District.

According to reports, the incident which occurred Wednesday around 6:30pm also rendered four others injured.

They were reported to be returning from farm in that fateful day.

They rushed to a nearby house for shelter only for thunder to strike killing Kojo Donkor instantly and injuring other 4 persons around.

People are shocked as to how it happened with some associating it to spiritual issues.