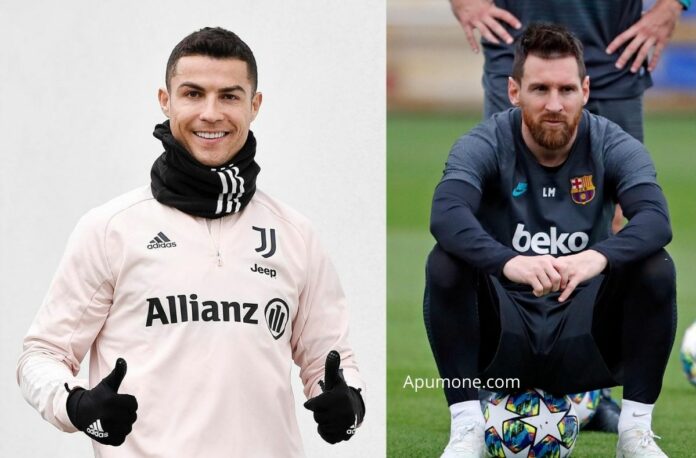 We bring some the lastest tarnsfer news and rumours in football. Check how some players are trending in the transfer market.

Inter Milan are eager to bring in Emerson Palmieri from Chelsea this summer to Calcio Mercato.

Antonio Conte signed the 26 year old at Stamford Bridge in January 2018, and is now hoping to arrange a reunion at San Siro. Emerson has been restricted to 11 appearances across all competition for Chelsea in 2020-2021.

CR7 is more focused on playing at the 2022 World Cup with Portugal than on whether he might leave Juventus this summer claims national team manager Fernando Santos.

Santos said: “Cristiano has a big dream, that one I know. He has this big dream of participating in what we are setting out to do, that is the goal of playing in the World Cup and Winning it. That is the main goal, the rest has to stay away from the national team”.

8. Barcelona-linked Depay ‘could be convinced’ to stay at Lyon

Memphis Depay could be convinced to stay at Lyon if they are successful in their bid to win the Ligue 1 title, according to club president Jean-Michel Aulas.

Depay has been a talismanic figure in the Lyon squad since moving to the Groupama Stadium from Manchester United in 2017, with the 2020-21 campaign marking his best individual season yet.

The Dutchman was heavily linked with a move to Barcelona last summer, and the Catalan giants are being tipped to reignite their interest at the end of the season, but Aulas is still hopeful he will extend his stay at Lyon.

7. Werner and Havertz will be replaced if they don’t fire soon – Melchiot

Chelsea’s big money signings last summer, Timo Werner and Kai Havertz, could be replaced by new players at the end of the campaign unless they up their games significantly, claims former Blues star Mario Melchiot.

Melchiot told Talksport: “I think shipping them out would be a little bit too harsh, but I definitely think Chelsea should consider it if they don’t start stepping up to the plate.

“If you are such a big team and you bring in two keys players to provide you with goals and they don’t do that, of course you’re going to look elsewhere.

6. Hazard to be Swap for Kante’

The inconsistence of Eden Hazard is frustrating Madrid authorities. As they as weighting on a potential swap deal in the summer. Hazard who returned from injury picked another fresh one during the Elche match at home.

Zidane who confirmed the injury during a press conference ahead of their champions league game against Italian side Atalanta. However, Madrid knock out Atalanta, thanks to goals from Karim Benzema, Sergio Ramos, and Marco Asensio on a 4-1 aggregate.

The Italian giants are hoping to raise at least €30 million (£26m/$36m) through the sale of the three players, all of who have been deemed surplus to requirements.

Vidal has been tipped to join Flamengo in Brazil, while Nainggolan could join Cagliari at the end of his loan deal, but Vecino’s next destination is still up in the air.

The Five Time World Best is often linked to his former club. Manchester United Striker Edinson Cavani who will leaving United this summer has left the club to scout potential replacement. Ronaldo is what the club heads are weighing on but this will be difficult as Juventus will not let go easy their top scorer of the current season.

Liverpool could benefit from an aggressive expansion by owners FSG, according to the Mirror.

The US-based group has received investment worth £540 million ($750m), in a deal that also sees basketball star LeBron James become a partner.

New Barcelona president Joan Laporta made a direct plea to Lionel Messi to stay at Camp Nou as he celebrated his inauguration at the Blaugrana helm.

Laporta was sworn into office on Wednesday after winning club elections in a landslide, 11 years after leaving the post for the first time in 2010. 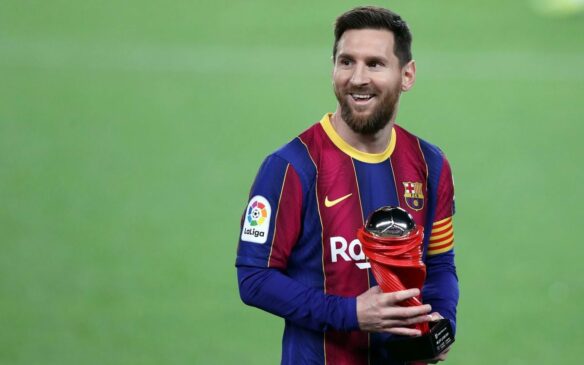 Inter Miami would welcome Lionel Messi “with open arms”, according to Gonzalo Higuain, who says he can see the Barcelona superstar joining him in MLS.

Speculation over Messi’s future is intensifying with each passing day as his contract expiration date draws closer, with a number of possible next destinations being mooted for the six-time Ballon d’Or winner.

Messi has even left the door open for a potential switch to the United States, and Higuain is excited by Inter Miami’s reported links with a fellow Argentina international, but is not certain he will want to stop competing at the highest level in Europe.