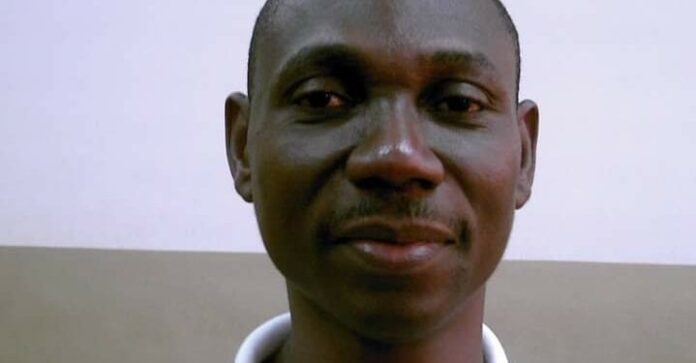 DSP Devine Asiam a Senior Officer with the Legal and Prosecutions Unit of the Tema Regional Command of the Ghana Police Service has reportedly died after being found at home with gunshot wounds on Sunday morning.

His body was however taken to the Police Hospital, where he was pronounced dead.

“Investigation has already commenced to unravel the circumstances of his death, His family has been informed of the sad development”
a release issued by the Command on Sunday stated.

The Tema regional Command has urged all to be sensitive with reportage on the matter since it is under investigation.

There are unconfirmed reports which suggest it’s a Suicide as the senior allegedly fired the gun at himself. In the past weeks, quite a number of police officers have taken their own lives under bizarre circumstances.

We will follow the story and give you details as to when it drops.