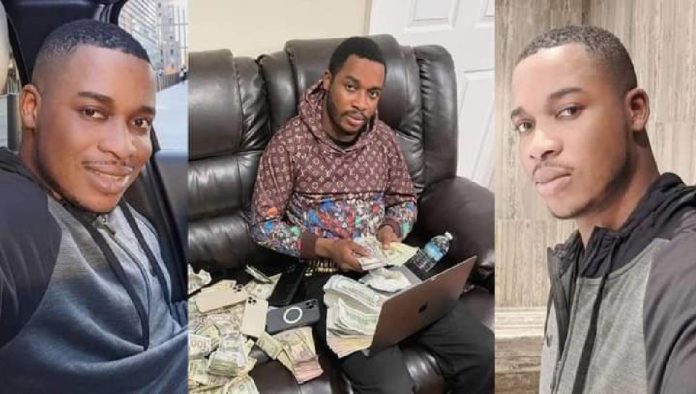 Speaking on Accra-based Kingdom FM, he said “I don’t think that Twene Jonas is normal, I think he is suffering from a mental problem so he should go for a checkup.

Fast forward, Twene Jonas panned the Asantehene Otumfuo Osei Tutu II after a speech where he exposed government officials who asked him to stick to the script during a Regional Consultative Dialogue on Small-Scale Mining in the Ashanti Region.

He said Otumfuo has failed Ghanaians because he failed to mention those involved in galamsey in his region.

Otumfuo, in his speech, asked chiefs who are into galamsey to refrain from the menace.

Tweneboah Jonas, popularly known as Twene Jonas, after getting the opportunity to travel to the United States, started filming himself to talk about his daily life compared to his homeland, Ghana.

He has since talked about topical issues where he lambasts leaders in Ghana for failing the youth because the system is working where he is compared to Ghana.

How to Invest in Real Estate With No Money

12/06/2021
Investors do not need tens of thousands of dollars to put into real estate. REIT shares and crowdfunding platforms require only $5 to buy...

Agric Minister Dr. Afriyie To Dash Each Delegate A Tractor In...

05/09/2020
ABOUT US
Our Motive is to provide reliable, accurate and informative news to you. The Urban and Rural at heart ❤️
Contact us: [email protected]
FOLLOW US
© Apumone 2022 All Rights Reserved