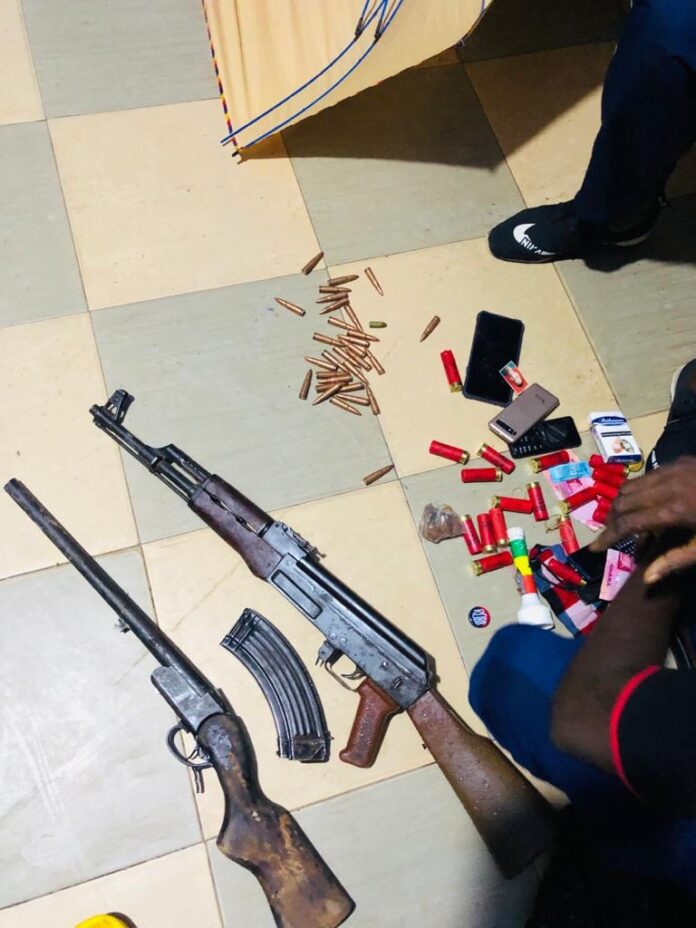 The Obuasi Police Divisional patrol team in the Ashanti region has gunned down two suspected armed robbers following a gun battle at Oboasi Akomfokrom near mile 9 I’m the Ashanti Region.

One of the suspects, according to the Ashanti regional police command, tried to escape police arrest at about 9 pm during the exchange of gunfire with the suspects.

The incident is reported to have occurred on Wednesday March 10,2021.

Items retrieved from the deceased suspects include one AK47 rifle with five empty shells, a locally manufactured gun, among others from the suspects.

Ashanti regional police public relations officer Mr. Godwin Ahianoyor told Ultimate FM’s Isaac Bediako: “the Obuasi divisional police patrol on Wednesday 10th March 2021, at about 5:10 pm had a tip-off that some armed-robbers had been spotted along the Obuasi Mile 9 road on suspicion of carrying out a robbery attack.”

“The patrol team proceeded to the area and upon reaching the outskirts of Akofrokrom near Mile 9, three young men armed with guns emerged from the bush and started firing towards the patrol vehicle. The police in self-defense returned fire and in the process two of the armed robbers lost their life through gunshots. The third person, however, managed to escape.”