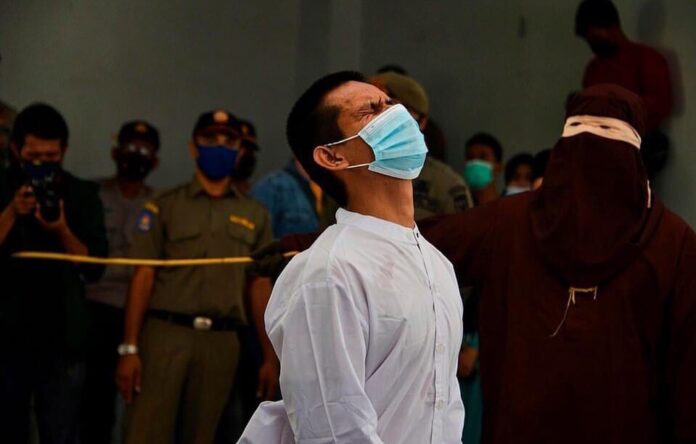 Two gay men begged for mercy as they were caned 77 times each in Indonesia yesterday for breaking Islamic law.

Dozens of people witnessed the men, aged 27 and 29, wince in pain and plead for mercy as a team of five enforcers wearing robes and hoods took turns, relieving one another after 40 strokes.

The men were arrested in November after residents became suspicious and police broke into their rented room where they were caught having sex, said Heru Triwijanarko, Aceh’s acting Sharia police chief.

Each man was flogged 77 times, three lashes less than their original sentence, because they had already served three months in prison.

Read: Father to be walks away from childbirth

Four others were lashed between 17 and 40 times on the same day, for either drinking alcohol or meeting members of the opposite sex.