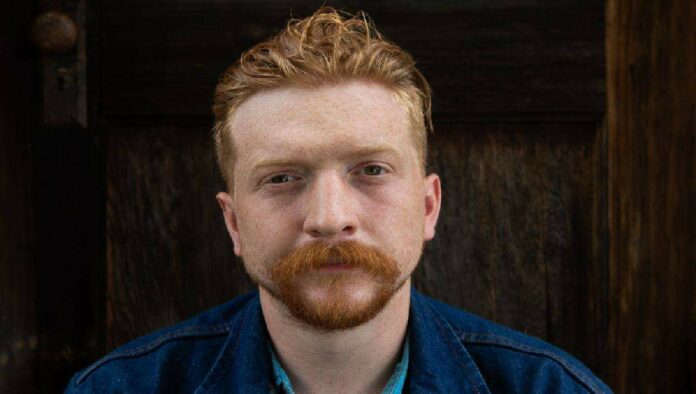 Tyler Childers is an American singer and songwriter. His music is a mix of neotraditional country, bluegrass, and folk. He released his breakthrough album Purgatory in August 2017. Childers has released four studio albums and a number of EPs and singles.

Timothy Tyler Childers was born on June 21, 1991 (age 30 years) in Lawrence County, Kentucky, United States. His father worked in the coal industry and his mother is a nurse. He learned to sing in the church where he sang in the church choir. He started to play guitar and write songs when he was around 13.

He studied for a semester at Western Kentucky University and enrolled at Bluegrass Community and Technical College for a few semesters. Tyler Childers dropped out of college and did odd jobs for some time while pursuing a music career.

Tyler Childers began performing in Lexington, Kentucky and Huntington, West Virginia. In 2011, when he was 19, Childers released his first album, Bottles And Bibles.

Childers has also released two EPs recorded in 2013 at Red Barn Radio, a radio show from Lexington. The two EPs were later released as one under the name Live on Red Barn Radio I & II after the success of his album Purgatory and reached No. 5 on Heatseekers Albums.

Check Out: Colter Wall net worth

He performed with a backing band called The Food Stamps. He had his first success with Purgatory, a breakthrough album released on August 4, 2017. The album was produced by Sturgill Simpson and David Ferguson and recorded at The Butcher Shoppe in Nashville.

Simpson also played guitar and sang backing vocals on the album, with Miles Miller on drums, Stuart Duncan on fiddle and Russ Paul on other instruments. It debuted at No. 1 on Billboard’s Heatseekers Albums chart, No. 17 on the Country albums chart and No. 4 on the Americana/Folk albums chart.

In September 2018, Childers won Emerging Artist of the Year at the 2018 Americana Music Honors & Awards, where he gave an acceptance speech noted for its criticism of the Americana genre label, saying that “as a man who identifies as a country music singer, I feel Americana ain’t no part of nothing and is a distraction from the issues that we’re facing on a bigger level as country music singers. It kind of feels like purgatory.”

Tyler Childers’s album Country Squire, a second album under the Hickman Holler label, and Childers’ third overall was released on August 2, 2019, after being announced in May 2019. This album was again produced by Simpson and Ferguson. The video of the lead single from the album “House Fire” was also released on May 16, 2019. “All Your’n,” the second single from the album, was nominated for Best Country Solo Performance at the 62nd Annual Grammy Awards.

He released a video message to accompany the song, in which he discussed his intention for the album in general and the title track in particular, calling for empathy above all else. The video also reveals that 100% of the profits from the album will be used to support underserved communities in the Appalachian region, through Childers’ own Hickman Holler Appalachian Relief Fund.

Tyler Childers’s music is influenced by his home state of Kentucky and its connection to country music and bluegrass. He often writes about coal mining, which was his father’s occupation, and its effects. Rebecca Bengal, writing for The Guardian, described Childers’ songs as a “counternarrative to the outsiders who seek to perpetuate stereotypes of backwardness and poverty.”

Childers emphasizes lyrical content in songs, comparing the songwriting process to telling short stories. In January 2020, Childers maintained his position on Americana during an interview with World Cafe: Everybody always talks about the state of country music and puts down the commercial country and says “something’s gotta be done” and “we need to be elevating artists that are doing more traditional country.”

But then we’re not calling those artists country artists, they’re getting put into this Americana thing. It is what it is, and I don’t really know how to define what Americana is. We’re our own thing, it’s a new time, and I don’t know what it’s called but I’ve been calling it country, y’know? I think, a lot of times, it’s kind of become just a costume.

Tyler Childers is married to Senora May, they had their wedding in the 2000s. His wife is also a singer and guitarist. The couple are expecting their first child. Childers and his wife Senora May are natives of Kentucky.

How much is Tyler Childers worth? Tyler Childers net worth is estimated at around $5 million. His main source of income is from his career as a singer and songwriter. Childers successful career has earned him some luxurious lifestyles and some fancy cars. He is one of the richest and influential singers in the United States.