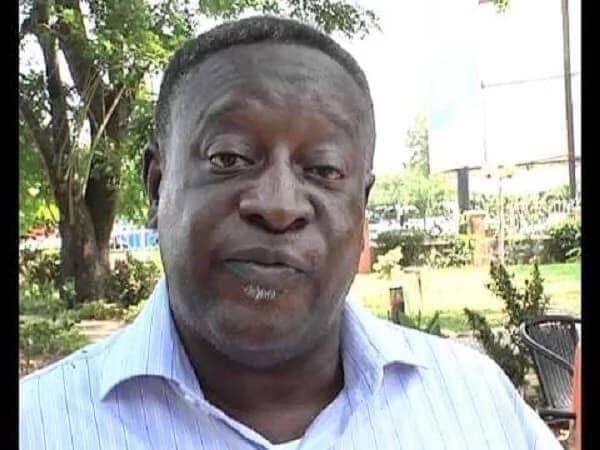 Actor Emmanuel Kojo Dadson has died. He died at the Korle Bu Teaching Hospital on Tuesday, February 9, while undergoing dialysis for kidney issues.

Kojo Dadson, who gained fame for his role in productions such as “ Home Sweet Home” had been recovering from a stroke he suffered in 2012 and which kept him wheelchair-bound for eight years.

His brother, PaJohn Bentsifi Dadson, well known on the arts and entertainment scene said he died exactly two weeks after his beloved wife passed away.

According to PaJohn, his brother suddenly became weak a week ago and was dehydrated. He was admitted at the Ridge Hospital where he was put on drips and they run several tests on him.

He said the doctors diagnosed him with kidney issues and recommended dialysis. He went for his first dialysis session on Tuesday at Korle Bu but unfortunately passed on.

Kojo Dadson was a prolific actor who featured in a number of productions such as Love Brewed In An African Pot, Run Baby Run, Home Sweet Home, Sun City, Hotel St. James, Doctor Love among others. He earned a reputation for his humour and comedic acting.

He suffered a stroke in 2012 while doing what he loved best, acting. He also a musician and in the days when he couldn’t move around much, he found solace in it.

May his soul Rest In Peace

05/06/2021
Read the complete write-up of Milana Vayntrub net worth, Age, Biography, Husband, AT&T, assets and liabilities as well as other information you need to...

29/09/2021
ABOUT US
Our Motive is to provide reliable, accurate and informative news to you. The Urban and Rural at heart ❤️
Contact us: [email protected]
FOLLOW US
© Apumone 2022 All Rights Reserved