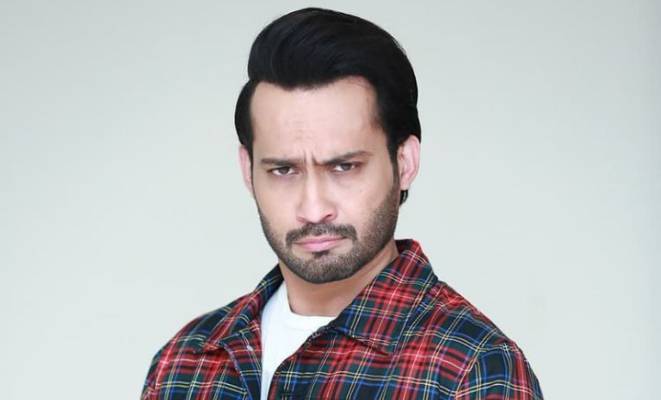 Read the complete write-up of Waqar Zaka net worth, biography: age, height, education, Cryptocurrency, TV shows as well as other information you need to know.

Waqar Zaka started his career in Indus Music. After earning fame as VJ, he started hosting a TV reality show Living on the Edge. Waqar then created and hosted reality shows XPOSED, King of Street Magic, Desi Kudiyan and The Cricket Challenge aired on ARY Musik.

During the 2013 Pakistani general election, Zaka ran for the seat of the National Assembly of Pakistan from Karachi NA-253 constituency, but was unsuccessful and secured only 31 votes out of the 211,768 total votes cast.

Zaka claims he ran to demonstrate how to run for election for his show Main Banoonga Minister; he stated that this was “the only entertaining way of telling our youth how to be a part of the system”. He ran on a platform of prioritizing and improving access to entertainment and the internet.

In April 2019, Zaka announced a political movement in Pakistan called Tehreek-e-Tech. In May 2019, he apologized to the people for destroying the young minds via his TV reality show Living on the Edge.

In November 2019, Zaka began hosting a TV reality show, Champions with Waqar Zaka, on BOL Network. In January 2020, the show was banned by the Pakistan Electronic Media Regulatory Authority (PEMRA) for being “offensive towards social, religious and cultural values of this country”. In April 2020, the Islamabad High Court upheld the decision of PEMRA to ban the show.

In 2017, Zaka received an award from Abdul Qadeer Khan for his social and humanitarian work in the war-torn areas of Syria and Myanmar. Waqar Zaka has been nominated by Binance for the Bananas Influencer Awards 2021 on June 25. A total of five influencers from around the world were nominated for the award by Binance.

Waqar Zaka has started an online academy for cryptocurrency that focuses on simplifying the concepts for the average person. He is also starting Pakistan’s first crypto mining farm using hydropower in an attempt to bring Pakistan to the list of most developed countries. Earlier, he had vouched to legalize cryptocurrencies in Pakistan through his political party Tehreek-e-Technology Pakistan.

Waqar Zaka formed Pakistan’s first blockchain-based microfinance platform named TenUp. He filed the case in the Sindh High Court as a petitioner, without any lawyer, about legalizing cryptocurrency in Pakistan and achieved success.

Through TenUp, Waqar Zaka has also developed a currency for the use of the State Bank of Pakistan (SBP). He also claimed that this currency will eradicate the need for PayPal in Pakistan and allow for the fastest transactions. He has been raising awareness about legalizing digital currency in Pakistan that can help in paying off the debt of the country and bring it among the richest countries in the world.

He also offered free of cost services to entrepreneurs and professionals to develop a blockchain system using cryptocurrency. Due to his efforts, the Government of Khyber Pakhtunkhwa has launched Pakistan’s first advisory committee for cryptocurrency and crypto mining. Advisor to Chief Minister Khyber Pakhtunkhwa on Science and Technology & Information Technology, Zia Ullah Bangash has also thanked Waqar Zaka for offering cooperation and support to the KP government.

Check Out: How to buy Cryptocurrency

Zaka has several times moved the court against internet censorship. He moved the Islamabad High Court against the ban on a popular multiplayer game, PlayerUnknown’s Battlegrounds (PUBG), which was ruled in his favour. He also filed a case to upgrade the Computer’s course in Sindh Board, which was not upgraded since 1997.

He filed the case without a lawyer and won it, with the court ordering the Sindh Board to upgrade the syllabus. It was termed as a massive achievement for Waqar Zaka by the youth and the media. He also helped save three men accused of blasphemy in Dunga Bunga. He went to the town by taking a flight from Nepal, got the fake FIR removed against them and convinced the mop of fake accusations against the three men. He also streamed the evidence on his Facebook page to highlight the cause of saving minorities in Pakistan.

Waqar Zaka has been appointed as a Crypto Expert by the Government of Pakistan in the advisory committee. The move came in pursuance of the resolution and recommendation of the Provincial Assembly of Khyber Pakhtunkhwa regarding Digital Assets. Zaka has vowed to work for free for the country, he announced it on his official Twitter account.

How much is Waqar Zaka worth? Waqar Zaka net worth is estimated at around $40 million as of 2021. He is one of the richest YouTubers in Pakistan. Zaka’s successful career has earned him some luxurious lifestyles and some fancy cars. However, Waqar Zaka also met the Olympian Arshad Nadeem and presented PKR 1 million on his outstanding performance in Tokyo Olympics 2020 in Javelin Throw.