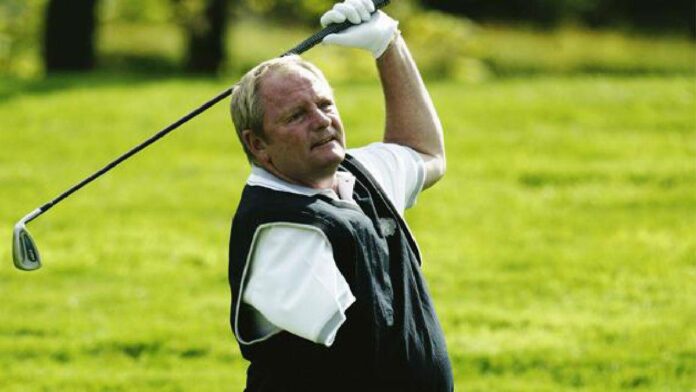 Jack Newton OAM was an Australian professional golfer. He was one of Australia’s most successful golfers in the 1970s and early 1980s.

He turned professional in 1971 and won his first professional tournament – the Dutch Open – in 1972. Newton notched up several victories over the next decade as he won titles such as the British Matchplay in 1974, the Buick-Goodwrench Open in 1978, and the Australian Open Championship in 1979.

Newton won the PGA Tour of Australia’s Order of Merit in 1979. He finished tied for second at the 1980 Masters Tournament behind the winner Seve Ballesteros.

Jack Newton married his wife Jackie in 1974, and they have two children, Kristie and Clint. Clint Newton played rugby league, while Kristie is also a professional golfer.

On 11 June 2007, Newton was awarded the Medal of the Order of Australia for services to golf, particularly through a range of executive, youth development and fundraising roles.

Newton became a force in the development of junior golfers, for which he was recognized on 13 October 2016 when he was inducted as a general member of the Sport Australia Hall of Fame.

Check Out: Jack Newton net worth

21/12/2021
ABOUT US
Our Motive is to provide reliable, accurate and informative news to you. The Urban and Rural at heart ❤️
Contact us: [email protected]
FOLLOW US
© Apumone 2022 All Rights Reserved
Go to mobile version