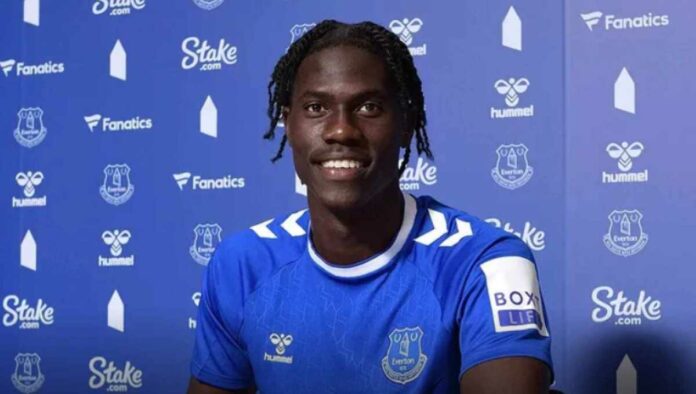 Onana joined 2. Bundesliga club Hamburger SV in mid-2020. He made his professional debut for the club in the first round of the 2020–21 DFB-Pokal on 14 September 2020, coming on as a substitute in the 60th minute against 3. Liga side Dynamo Dresden. He scored a header in the 89th minute of the match, which finished as a 1–4 away loss.

In August 2021, Amadou Onana joined Ligue 1 club Lille on a five-year deal. He made 32 league appearances in 2021-22, scoring once. Onana signed for Premier League club Everton on a five-year contract in August 2022.

The 20-year-old was at Goodison Park on Saturday to watch Everton’s 1-0 defeat by Chelsea in their opening Premier League game of the season.

West Ham were also interested in Onana and had agreed a fee for the player.

“It feels great to join Everton,” he told EvertonTV. “I know it’s a big, big club, one of the biggest in England. It’s something I want to be part of for many years.”

Onana, who made his Belgium debut against the Netherlands in June, said Everton manager Frank Lampard was a key figure in his decision to move.

“Everyone here showed they really wanted me and they have a plan for me,” he said.

“I really appreciated the talks I had with the manager and director of football (Kevin Thelwell). They told me how they wanted me to play and I enjoyed it.

“The manager played at the highest level, won many things and was a midfielder too. It means a lot to have an interest from him and I think he can teach me many things.

“They both have a lot of ambition and that’s the type of guy I am, so it matches.”

Everton manager Frank Lampard said: “Amadou is a player we were really keen to bring to Everton.

“He has many great qualities to help strengthen our midfield and, at just 20 years old, has massive potential to get even better.

“I spoke to him about why Everton was the right club for him and we’re all looking forward to him showing what he can bring to the team.”