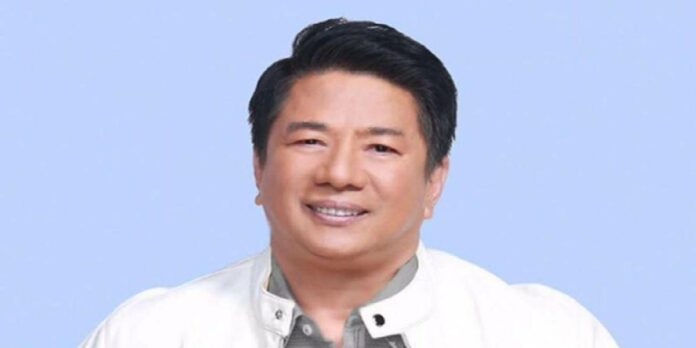 Wilfredo Buendia Revillame was born on January 27, 1961 (age 61 years) in Cabanatuan City, Philippines. He is the son of Parents: Myrna Buendia and Onorio Revillame. He has two siblings Naomi Revillame and Angelo Revillame.

Willie Revillame started out as the host of GMA Network’s noontime variety program Lunch Date in the late 1980s together with Randy Santiago. In 1995–1997, Revillame as the theme song of the TV show Villa Quintana duet with Rockstar 2. After his hosting stint he started appearing on different movies playing sidekick to big-named stars.

In 1998, he started co-hosting the ABS-CBN noontime show ‘Sang Linggo nAPO Sila. After the show was cancelled to make way for his big break in Magandang Tanghali Bayan, he also started appearing in Richard Loves Lucy. Other shows he hosted within the network were Willingly Yours, Masayang Tanghali Bayan, and Wowowee, as well as TV5 variety programs like Willing Willie, Wil Time Bigtime and Wowowillie.

In March 2015, Revillame marked his homecoming in GMA Network (his original home network), his long-awaited return to Philippine showbiz and to Philippine television via his newest weekly-variety program Wowowin, airing on GMA Network every Sunday afternoon since May 10, 2015 until it became a weekday-variety program in February 2016 due to the huge popularity of the show. According to President Rodrigo Duterte last June 13, 2021, he reportedly running 2022 Philippine Senate election.

Willie Revillame is known for developing a business, the Wil Tower Mall near ABS-CBN Eugenio Lopez Drive in Quezon City with business partner Manny Villar. It held its grand opening on September 15, 2013.

Revillame was interviewed for the April 2015 episode of Kapuso Mo, Jessica Soho at his own rest house in Tagaytay City after the signing of contract with GMA Network. During the interview, GMA 7 broadcast journalist Jessica Soho said that Revillame is planning to build a 5-star resort-hotel located within the 5 hectare lot that he acquired from the Madrigal family. His own rest house is also located within the same lot.

On February 4, 2006, while Willie was hosting Wowowee, the PhilSports Arena stampede occurred. On August 25, 2007, the Department of Justice dismissed criminal charges against Revillame in connection with the stampede. However, Justice Secretary Raul M. Gonzalez affirmed the charge against 14 others, including ABS-CBN officials.

In the August 3, 2009 episode of Wowowee, during which the show was interrupted for live coverage of the transfer of President Cory Aquino’s remains from La Salle Greenhills to the Manila Cathedral, Revillame said that he could not make people happy while the entire country was mourning. The Alliance of Filipino Journalists denounced his remarks as a sign of disrespect towards Aquino.

Revillame said he had no intention of defaming the former president and her family. ABS-CBN senior executive Cory Vidanes said that the network supported Revillame’s action, stating that his outburst did not run afoul of the Broadcast Code of the Philippines. Network entertainment official Johnny Manahan said Revillame was correct in saying that the footage should not have been inserted, but the way he said it was wrong.

Check Out: Herlene Budol net worth

On May 4, 2010, Willie Revillame went into another on-air tirade on his now-defunct noontime show “Wowowee”, this time directing his anger at entertainment columnist and DZMM Radio host Jobert Sucaldito. Without mentioning him by name, he said he had enough of Sucaldito’s alleged criticisms against the show having high-school contestants whose grades were below the passing mark for the Willie of Fortune segment and also ridiculing them on-screen.

He threatened to resign from the show unless the ABS-CBN management dismissed Sucaldito, who described Revillame’s rant as being “pikon” (Tagalog slang meaning ‘touchy’). He went on an indefinite leave three weeks later after the network declined his resignation letter.

In a press conference on August 9, 2010, Revillame announced that he was ending his contract with ABS-CBN, even if it is supposed to expire in September 2011. He also accused ABS-CBN of violating several provisions in his contract. He narrated that his decision came out of meetings between ABS-CBN production head Linggit Tan and network president Charo Santos-Concio regarding a return to the show on July 31.

However, on July 20, Tan said the management will replace Wowowee with a new show on July 31 and also offered him a one-hour weekly show. She added negative feedback still prevailed among network employees about him going to work again. Despite the move, the network stated that Revillame’s Wowowee tirade only highlighted his arrogance and stressed that the contract is still in effect.

On March 12, 2011, a “macho dance” by an apparently unhappy six-year-old boy on Revillame’s primetime show, Willing Willie, resulted in criticism, including the Philippine Department of Social Welfare and Development describing it as a case of child abuse. Revillame “sincerely and deeply” apologized for the segment, “which viewers may have found offensive or in bad taste.” The Commission on Human Rights pursued an investigation of the program for violating the law.

In October 2015, the Court of Appeals allowed the arrest and prosecution of Revillame over the case. Atty. Nards de Vera, the lawyer of Revillame, clarified in a GMA News article that Revillame has already posted the bail for the two cases in September 2013, and does not need the warrant of arrest served against his client.

Check Out: Cong TV net Worth

On April 11, 2016, the 3rd division of the Court of Appeal (CA) had affirmed the Regional Trial Court Quezon City Judge Roberto Buenaventura Decision. The CA said that Judge Buenaventura hadn’t committed any grave abuse of discretion.

In the CA’s Decision, written by Justice Maria Luisa Quijano-Padilla, on the arrest and to bring to trial Willie Revillame, they said, ” “as there is probable cause for the petitioner’s commission of a crime, his arrest and arraignment should now ensue so that this case may properly proceed to trial, where the merits of both parties’ evidence and allegations may be weighed.”

Willie Revillame was married to Liz Almoro in a civil ceremony at Lipa, Batangas in March 2005, officiated by Mayor Vilma Santos. This was followed shortly by a church wedding in June 2005. Their marriage was annulled in 2008. Prior to his marriage to his second wife Almoro, Revillame was married to his first wife actress Princess Punzalan. Revillame has four children including Meryll Soriano.