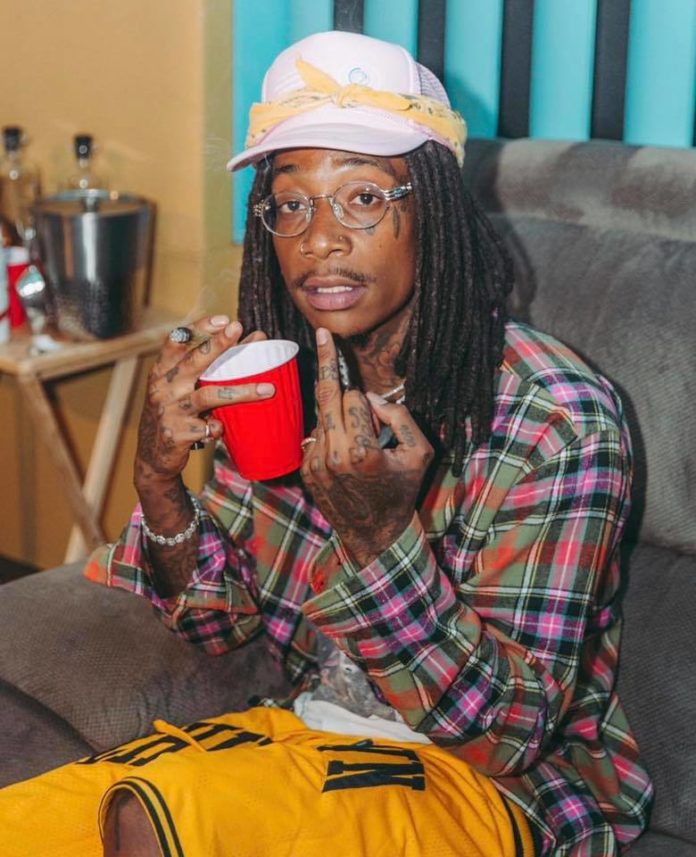 Wiz Khalifa is an American rapper, singer, songwriter, and actor who has a net worth of $21.5 million. He released his debut album, “Show and Prove” in 2006. His single, “Say Yeah,” hit the Top 40 in 2008 and became his first hit. His stage name Khalifa is an Arabic word meaning “successor. Wiz is a shortened form of wisdom. He adopted his stage name as a young boy.

Wiz Khalifa was born Cameron Jibril Thomaz in Minot, North Dakota on September 8, 1987. His parents were in the military and divorced when he was three. Due to his parents’ military service, his family moved frequently.

He lived in Japan, the U.K., and Germany before moving to Pittsburgh with his mom in 1996. Not long after relocating to Pittsburgh, Khalifa began writing and performing his own songs. he began recording his music when he was 15. The studio he recorded his songs at was pretty impressed by his lyrics and let him record his songs for free.

Khalifa was discovered at age 16 in 2004 by Benjy Grinberg, the founder and President of Rostrum Records. Grinberg signed Wiz to a recording and management deal.

In 2005, Khalifa released “Prince of the City: Welcome to Pistovania,” his first mixtape. That led to his debut album “Show and Prove” in 2006. That same year, Rolling Stone called Khalifa an “artist to watch.” He released two more mixtapes with Rostrum Records: “Grow Season” in July 2007 and “Prince of the City 2” in November 2007.

That same year, he signed with Warner Bros. Records and released the single “Say Yeah.” In September 2008, he released the mixtape “Star Power” and in April 2009 “Flight School,” both through Rostrum Records.

Khalifa left Warner Bros. Records in the summer of 2009 after delays in releasing his planned debut album for the label “First Flight.” His first big hit single was “Black and Yellow,” which peaked at number one on the Billboard Hot 100.

Khalifa has released a number of successful singles including “See You Again” (featuring Charlie Puth), which reached number one in a number of countries as well as “Roll Up,” “Young, Wild & Free” (with Snoop Dogg featuring Bruno Mars), “Work Hard, Play Hard,” “We Own It (Fast & Furious)” (with 2 Chainz), and “Sucker for Pain” (with Lil Wayne, Imagine Dragons, Logic, and Ty Dolla Sign featuring X Ambassadors).

Wiz Khalifa was married to model Amber Rose from 2013-2014. Amber and Wiz have a son Sebastian Taylor Thomaz, who was born in February 2013. The Pittsburgh City Council declared 12-12-12 (December 12, 2012) to be Wiz Khalifa Day in the city. He is a very vocal proponent of marijuana and has claimed that he spends $10,000 a month on weed alone and smokes daily.

As of early 2014, Khalifa no longer pays for cannabis and is sponsored by The Cookie Company, a medical marijuana dispenser which sells his “Khalifa Kush” (KK) strain, which he partnered with RiverRock Cannabis to create. Also, in 2016 Khalifa was featured on VH1’s Martha and Snoop’s Potluck Dinner Club cooking show with Martha Stewart and Snoop Dogg where weed was the main ingredient.

In 2019, Wiz Khalifa and his son Sebastian settled into a home in the Los Angeles suburb of Encino. He bought the contemporary-style home for $3.5 million. The 6,000 square foot, features five bedrooms, six and a half bathrooms, an enormous kitchen with state-of-the-art appliances and fixtures, a built-in wine bar, multiple fireplaces, a home theatre, a smart security system, and an abundance of closet space. In the backyard are a barbecue area and outdoor kitchen, a swimming pool and spa, and a pool house with its own bathroom.

What is Wiz Khalifa net worth?

The net worth of Wiz Khalifa is estimated to be $21.5 million. He is making an impressive amount of money. His exact salary has not been revealed yet but there is no doubt in the mind of his followers that he is earning a considerable amount of money from his work. Wiz Khalifa is satisfied with his work and earnings.

Summary
Wiz Khalifa is one of the most accomplished Rapper, Singer, Actor, Song-writer in the world, who has delivered outstanding performances in a career that has stretched for over a decade.

As of 2022, Wiz Khalifa net worth is estimated to be roughly $21.5 million dollars, making him one of the wealthiest rappers in the world.

Richest Women in the world

01/11/2021
ABOUT US
Our Motive is to provide reliable, accurate and informative news to you. The Urban and Rural at heart ❤️
Contact us: [email protected]
FOLLOW US
© Apumone 2022 All Rights Reserved