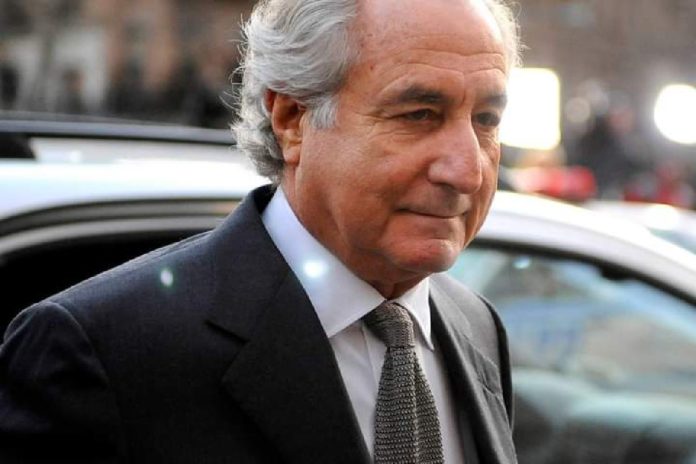 The 82-year-old died of natural causes while being housed at the Federal Medical Center in Butner, North Carolina, sources told to ABC News Wednesday.

Madoff earned global notoriety by defrauding thousands of investors, to the tune of nearly $65 billion, using a Ponzi scheme that unraveled shortly after the Great Recession of 2008.

Madoff’s lavish lifestyle and dramatic downfall were the subject of a 2017 HBO film called “The Wizard of Lies,” based on a book of the same title by New York Times financial journalist Diana Henriques. Madoff was played by Robert De Niro. Madoff also was the subject of a 2016 ABC miniseries, “Madoff,” starring Richard Dreyfuss.

Prior to the economic crash of 2008, Madoff was a celebrated figure on Wall Street as the head of the what appeared to be the wildly successful Bernard L. Madoff Investment Securities firm. Madoff founded the firm as a penny stock trader in 1960. Prior to his downfall, Madoff also briefly served as chairman of the NASDAQ.

Madoff married his high school sweetheart, Ruth Madoff, in 1959. The couple had two sons and owned lavish properties, including a Manhattan penthouse, a Palm Beach waterfront home and a Hamptons beachfront home.

Madoff’s fall from grace was swift: He was arrested in December 2008 after his family contacted investigators when he confessed to his sons that his business empire was a sham. 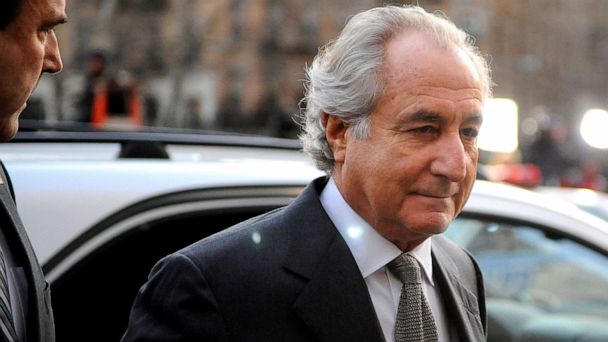 Bernie Madoff and Ruth Madoff attempted suicide on Christmas Eve 2008. Ruth Madoff told CBS news in 2011 that she and her husband downed pills after their sons had contacted federal authorities, but ultimately their attempt was unsuccessful and “we woke up the next day.”

His crimes were remembered for upending the lives of thousands, heightening the agony associated with a brutal economic downturn. Many victims said they lost everything. One investor, who lost $1.4 billion, died by suicide in December 2008.

In March 2009, Bernie pleaded guilty to 11 federal felonies, admitting his conduct “was wrong, indeed criminal,” and in June 2009 he received a maximum sentence of 150 years in prison.

“When I began the Ponzi scheme I believed it would end shortly and I would be able to extricate myself and my clients from this scheme,” Madoff told the judge at his plea hearing. “However, this proved difficult, and ultimately impossible, and as the years went by I realized that my arrest and this day would eventually come.” 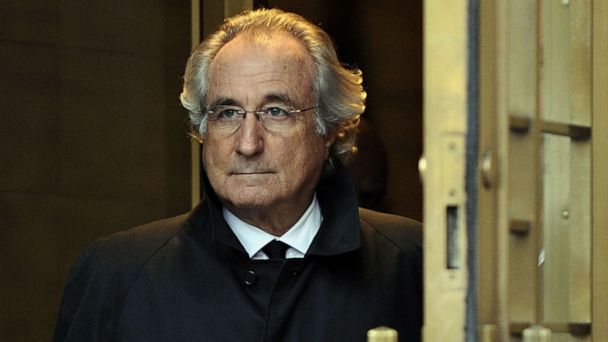 In this Jan. 14, 2009, file photo, Bernard Madoff leaves US Federal Court in New York after a hearing regarding his bail.

Madoff told investors that he developed a unique investment strategy, which he explained to the judge, “to falsely give the appearance to clients that I had achieved the results that I believed they expected.”

The judge, Denny Chin, told the courtroom at the time the sentencing was symbolic for a crime that displayed “extraordinary evil” and “took a staggering human toll.”

In court, Madoff said that when he started the scam, he thought he would be able to “work my way out.” He maintained that he acted alone, adding, “How do you excuse lying to brother and sons? How do you excuse lying and deceiving a wife who stood by you for 50 years and still stands by you? There is no excuse for that, and I don’t ask for forgiveness.”

Finally, he turned to face some of his victims in court. “I’m sorry,” he said.

When Chin read the sentence, the courtroom erupted in applause.

As Madoff went to prison, tragedy soon overtook his family.

In December 2010, around the two-year anniversary of Madoff’s arrest, his son, Mark Madoff, hanged himself in his New York City apartment, The New York Times reported at the time. Mark Madoff also was under investigation, though his father maintained that he acted alone in operating the Ponzi scheme.

Bernie Madoff’s only other son, Andrew Madoff, died of cancer in 2014.

In the decade since Madoff’s arrest, Justice Department officials have worked to create a fund for his victims and have distributed more than $2.7 billion to nearly 38,000 defrauded investors as of April 2020.

The Madoff Victims Fund has received over 65,000 requests for compensation from investors in 136 countries. DOJ officials have pledged return over $4 billion to victims via the MVF, which was amalgamated in part from civil and criminal forfeitures sought against Madoff and his co-conspirators.

After serving more than a decade behind bars, in February 2020 Bernie Madoff’s lawyers sought a “compassionate release,” saying he suffered from terminal kidney failure and other chronic conditions.

Timothy A. Clary/AFP via Getty Images,

At the time, he told the Washington Post he wanted to repair his relationship with his grandchildren before he died.

“I’ve served 11 years already,” he said. “And, quite frankly, I’ve suffered through it.”

His plea for early release was denied.