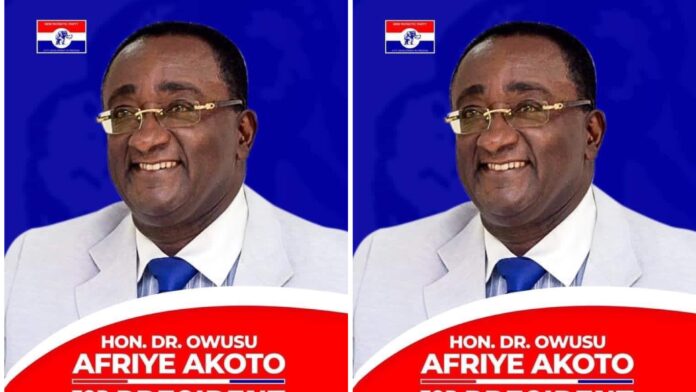 One thing is certain, President Akufo Addo will not be contesting the 2024 election.

As such many NPP stalwart are preparing to take the mantle from him as the party’s next leader.

Dr. Owusu Afriyie Akoto Who is the Minister for Agriculture on Saturday, 13 March, 2021 announced his bid to become the flagbearer of the (NPP) for the 2024 general elections when he met Constituency Executives in the Ashanti Region.

His campaign team indicated at the said meeting that his campaign slogan is Okumkum (Hunger Killer) and his modus operandi for the internal campaign will be distributing tractors to constituency executives and motorbikes to the polling station executives to farm though it will be a disguised campaign inducement across Ghana.

Also Read: You can also Pick forms to be an MP- Member of Parliament fire Ghanaians

So far people have tip Dr Bawumia the Vice President and Alan Kyeremanteng Trade Minister to battle it out in the NPP primaries which should happen somewhere 2023.