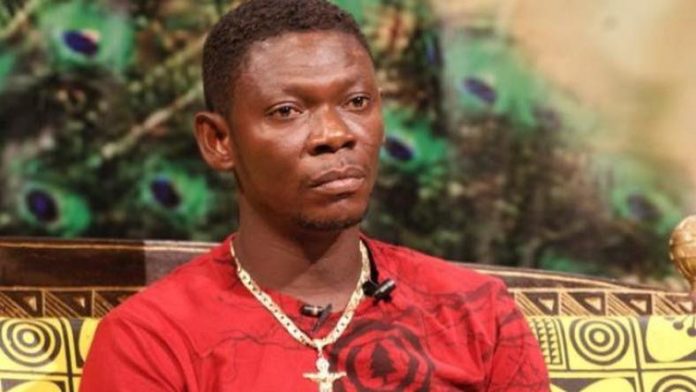 Popular Ghanaian movie producer Samuel Nyamekye Of miracle films has said there is no truth in some stories that local movie producers conspired to crush the career of celebrated Ghanaian Movie Icon Alexander Kofi Adu well known as Agya Koo.

Mr Nyamekye who is also the owner of miracle films said this in an interview on Angel Fm Kumasi hosted by Ike the Predictable.
The movie producer said, nobody cannot download the amazing talent of Agya Koo and how influential he was when he broke through to the Ghanaian movie scene years back but as Agya Koo influence grew stronger in the movie Industry, it was becoming extremely hard to work with him.

Considering the risk involved with investing in movie production, producers came together to cut their losses that in as much as Agya Koo was popular and talented and his presence in films was helping sales, there should be a new approach because his unavailability was of great concern to them.

That led to the search of other equally young talented equally good actors who could play the roles of Agya Koo like Kwaku Manu, Kwadwo Nkansah among others.
Mr Samuel Nyamekye wrapped up by saying, they are all one people and thus nobody hates anybody to the extent of hatching a plan to bring him or her down, but in business terms, nobody will risk staying with a party who will slow down the pace of their business and that was nothing personal against Agya Koo.

If Agya Koo had assessed himself to know how fast the dynamics were changing at the time, he would have still been an influential figure in the local movie industry than he is now.
So therefore if there’s anyone to blame for what many would say was his downfall, they should blame Agya Koo himself and not movie producers or directors.

In other Treands: Ghanaian Reveals secret about extortion at Noguchi Covid 19 test Center