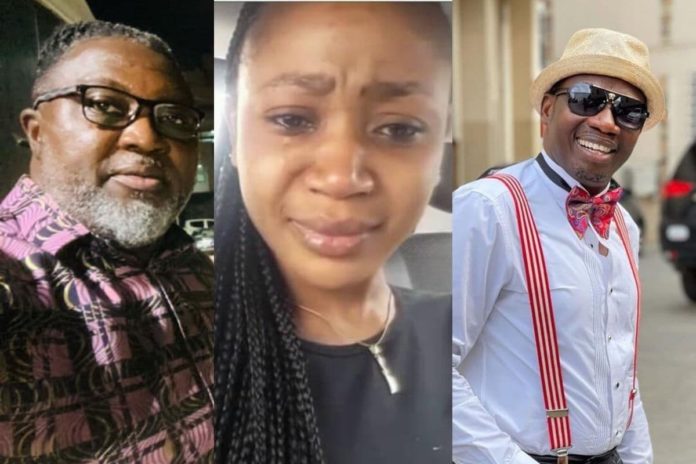 After Akaupem Poloo’s 90 days sentence in prison, some celebrities have joined hands to sign a petition to the President of the Republic of Ghana, His Excellency Nana Akuffo Addo to use his powers to pardon her.

However, some celebrities too are jubilating over the incident which have angered awarding music producer Da Hammer who is best known for producing the “Last Two Execution Compilation. He said people who are happy for a mother being sentenced don’t have a drop of sympathy in them.

Da Hammer also compared Akuapem Poloo issue to Counselor Lutterodt who was alleged to have figured a sex worker on set to demonstrate how one can achieve organism and wondered why he was not also arrested for such act.

“The social media commentators suddenly turned experts on litigation, attacking people who are signing a petition to pardon a girl who was totally oblivious to the consequences of her actions. Please, you take is not absolute, it is relative. It’s only your opinion based on your sad situation. We don’t want to hear how you think she deserves anything.

Someone may scold their son for stealing money, someone may assault their son as punishment for the same crime. Just because you think he deserves to be assaulted doesn’t mean we can’t beg for his punishment to be reduced to scolding.

I chanced on a Tv show where a sex worker was being fondled by a Counsellor Lutterodt in her private parts in an attempt to demonstrate his lame idea of how to achieve an organism by foreplay, Why isn’t anyone talking about that?.

Why are you so pissed that we’re pleading for someone. Where is the love?. Are you people this bitter, haven’t you ever had your mum beg for you when your dad was about to lash you? If you think she deserves the punishment so much why don’t you go home and gloat, obviously you won? Isn’t she jailed?

What are you still hanging around here? Is it that bad, you seriously need to also make sure  she gets no sympathy as well? 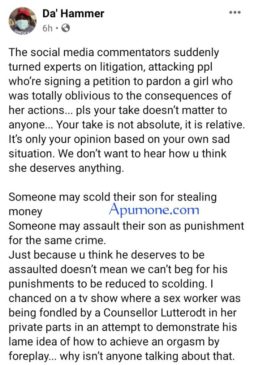 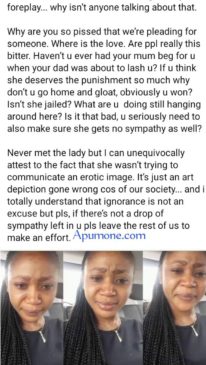