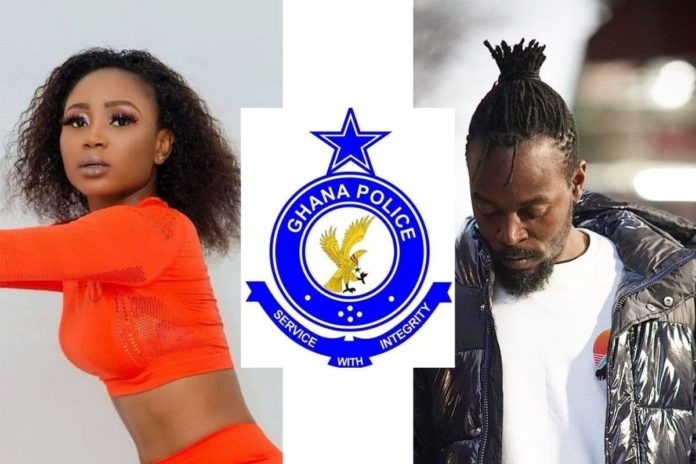 Kwaw Kese has gone over board on the issues of Akuapem Poloo being convicted and remanded in police custody.

Akuapem Poloo sometime back posted a naked picture with her son on his birthday which attracted a lot of criticism from the general public on why as a mother you will take a picture with your son naked. This did not sit well with law enforcement in the country.

On April 14 ,2021, Actress Rosemond Brown popularly known as Akuapem Poloo was convicted by the Accra Circuit Court over the naked pictures with her son.

The conviction came after she posted a naked picture with her son on Instagram celebrating his seventh birthday.

She has been remanded into custody to undergo a pregnancy test before her sentencing.

In court Wednesday, the actress pleaded guilty to all three charges and was convicted on her own plea by the court presided over by Christina Cann.

Fellow Ghanaian personality/musician Kwaw Kese who heard the judgement did not take it lightly. The mad time entertainment CEO took to his social handle to criticize the conviction.

Kwaw Kese who sees nothing wrong of  taking naked photos with her son. Said: ” My children see me naked and every child at some point will see their parents nakedness so why would the judges be so wicked in convicting Akuapem Poloo”.

He used some hash words on the judges who handled the case and also requested that the judges should attend to serious issues in the country and not irrelevant one like this.

Watch why Kwaw Kese to be arrested video below