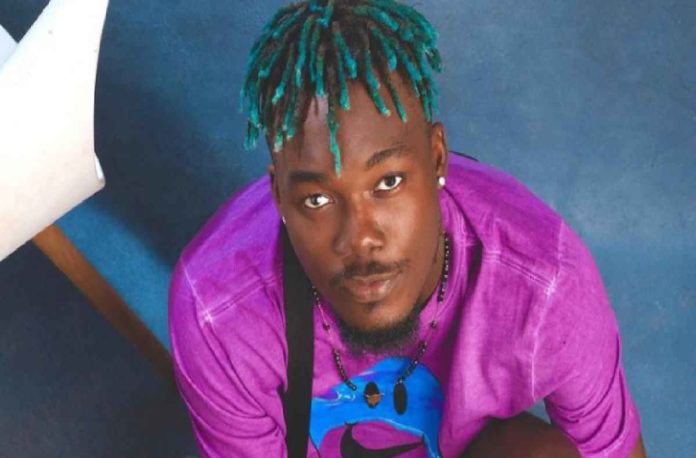 Read the complete write-up of Camidoh net worth, biography, age, height, songs, record label as well as other information you need to know.

Camidoh is a Ghanaian Afropop/R&B singer, songwriter, rapper, and record producer. He is known to have release the hit song titled “Available” which featured Eugy. The song had over 50k views on YouTube in one week.

Camidoh who real name is Raphael Camidoh Kofi Attachie was born on January 21, 1994(age 27years) in Aflao in the Volta Region of Ghana.

He was raised by a single mother in Ho, the capital of Volta Region, Ghana. Camidoh studied Bsc Marketing at the University of Professional Studies(UPS) in Accra, Ghana.

He developed the love and passion for music around the age of 14 drawing his inspirations from Senegalese-American singer Akon, Chris Brown, etc.

Camidoh is signed to a Ghanaian indie record label called GRIND DONT STOP CO. LTD. He had his big break into the Ghanaian music scene after the release of his single For My Lover produced by himself. Since then, he has been relentless in making amazing music.

He has performed on big stages in Ghana including Citi Fm’s Decemba2Rememba, and Sarkodie “This Is Tema, Rapahohic 2020” among others.

He embarked on a successful UK tour in March 2020 which landed him yet to release a collaboration with UK-based Ghanaian musician, producer, and Juls and other top UK artistes.

Camidoh has released over five singles and collaborated with some of the top names in the Ghanaian music industry such as Kelvyn Boy, Medikal, DarkoVibes, P. Montana, Twitch 4EVA, Sefa, Kirani Ayat, etc. Camidoh has recently released an EP called C.P. which consists of major productions from Ghanaian America based producer Nektunez.

How much is Camidoh worth? Camidoh net worth is estimated to be around $150,000 as of 2021. His main source of income is from his music career. He is one the next generation of artistes to look out from Ghana.