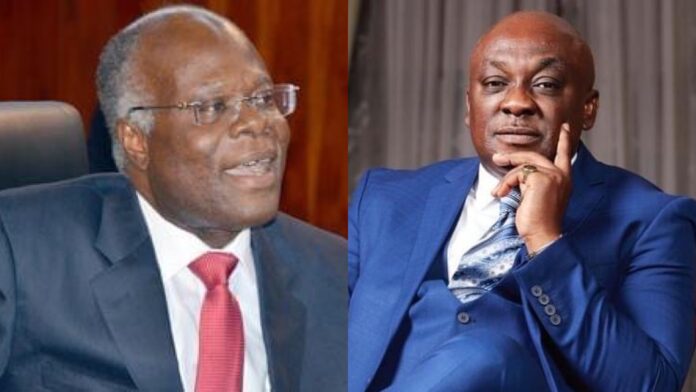 Senior member of the governing NPP and Member of Parliament for Adansi Asokwa Kobina Tahiru Hammond commonly referred to as KT Hammond has said unlike what everyone saw on television on the 7th January 2021 with respect to electing the speaker, Carlos Ahenkorah did not snatch the ballot papers instead he was rather arranging it.

In Other News: Carlos Ahenkrah give reasons for snatching ballot paper in parliament

Carlos Ahenkorah who is the MP for Tema West came under serious criticism over what many described as an unfortunate conduct of his when he snatched a ballot paper during the counting process of electing a speaker of the 8th Parliament under the 4th republic.

In an interview with Kofi Adomah of Angel FM, the 60 year old lawmaker and a lawyer by Profession said it was rather the “bad boys” from the camp of the Ndc who were rather causing trouble for he didn’t see Carlos Ahenkorah doing anything bad.

Watch the video below.

You may have missed:father-to-be walks away from childbirth, Reason Shocking