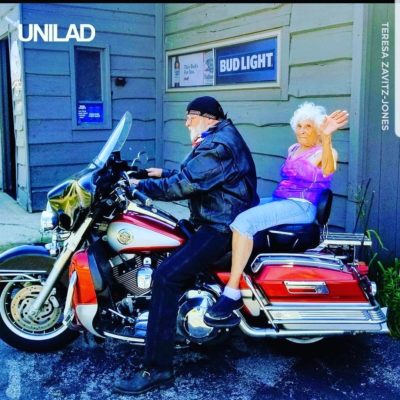 You’re never too old to live a little, is what this grandmother proves. The 103-year-old Dorothy Pollack has been working on ticking off her bucket list since the lockdown. Her first adventure: getting a tattoo.

In Other Story: Two Elderly men suspect they were exchanged at birth

Great love
That must have been a special tattoo! 103 year old Pollack recently had a frog tattooed on her arm. ”The only thing I love more than beer and burgers,” she explained.

Nursing home
In June, Pollack blew out 103 candles in a nursing home in Muskegon, Michigan (United States). Here she spent the last few months in isolation because of the coronavirus. “Because of COVID, she spent months in a kind of prison,” says granddaughter Teresa Zavitz-Jones. “Her nurse told us that she was very depressed. We weren’t allowed to see her at first, so we had no idea how bad she was. She is quite deaf, so calling her didn’t help either”.

Editor’s Pick: Boyfriend- I left my girlfriend behind on top of a mountain, Check reason!

Not long after the lockdown, the 103 year old woman knew what she wanted to do: get a tattoo. “It was pretty exciting. My grandson had been trying to persuade me for ages, but I never wanted to do it. Suddenly I was like: I want a tattoo. And if possible, of a frog. Because I love frogs”, the woman laughs. She found it quite scary, but it didn’t seem that way. She didn’t move a muscle when she got her tattoo done.

Great experience
“She did great. I didn’t see her shudder once,” the tattoo artist says. “She was just so excited. It was a great experience for me as well. If someone over a century old says she wants a frog on her arm, that’s what you do”. Pollack is the oldest person he’s ever tattooed.

Pollack keeps busy. After her first tattoo it was time to tick the next point her bucket list. She had always wanted to ride a motorcycle. So, that’s what she did. What a power woman!

You may have missed: NBA Highest-Paid players 2021 Ranking