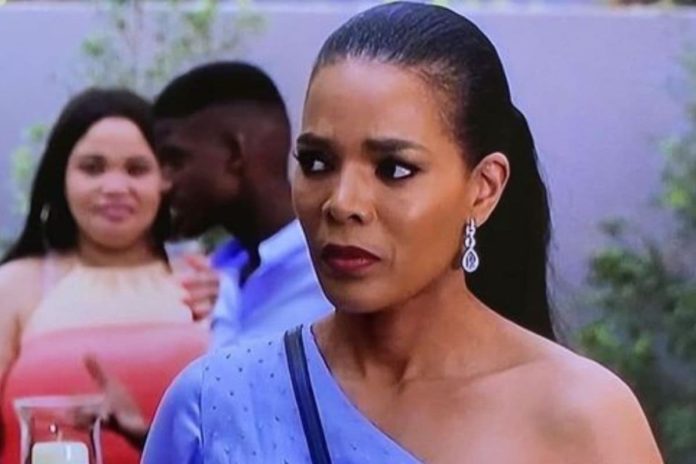 Read the complete write-up of Connie Ferguson net worth 2021, age, kids, house, children, husband, biography, cars, movies as well as other information you need to know.

Connie Ferguson net worth 2021: Connie Ferguson is a South African actress, film-maker, producer and business woman. She is popularly known for her Karabo Moroka main role on South Africa’s most popular Soap Opera, Generations. She starred on the show from its start in 1994 until she exited in 2010. In 2014, she agreed to reprise her role on the show after a 4-year absence then permanently left in 2016. Ferguson was on the cover of Forbes Woman Africa magazine in 2018.

Constance Ferguson was born on June 10, 1970(age 50 years old) in Kimberley, South Africa. Her mother is Margaret Masilo and father Fish Masilo, her parents are of Botswana and South Africa origin. She had her education in South African.

In 1994, she began acting a main role of Karabo Moroka, the wife of Tau Mogale and sister to Archie Moroka, in the most popular South African soap opera, Generations. She starred alongside Menzi Ngubane, Slindile Nodangala and Sophie Ndaba. In 2010, after playing the lead role of Karabo Moroka for 16 years, Connie announced her departure from Generations “to purse other career options”. Ferguson left Generations on a good note as she returned to the soapie four years later to help relaunch Generations: The Legacy.

Read: Top 10 Richest People in South Africa and their net worth

After her 2010 departure from Generations, she went on to star in the lead role of the M-Net telenovela The Wild, which was shot at an exotic South African game farm. She co-starred with her real-life husband until its cancellation in April 2013.

Connie and her husband, Shona, launched the television company Ferguson Films in 2010. Their first production, Rockville, was commissioned by M-Net three years later. Other productions include iGazi, The Gift, The Throne, The Queen, The River and The Imposter. The couple often appear in their own productions; for example, Connie plays the role of Harriet Khoza on The Queen.

The Queen was nominated in several categories at the South African Film and Television Awards in 2018. Read: Somizi Mhlongo net worth and Life Story

Ferguson launched a fragrance called True Self in 2008, and a lotion in 2014.

She owns some of the expensive cars in the world, this is as a result of her success career which have earned her some the fancy cars, Mercedes Benz G-Wagon, Mercedes Benz convertible, Range Rover sport, Rolls Royce, and other cars.

Connie Ferguson was married to fellow actor Neo Matsunyane from 1993 to 1998 and has a daughter with him, Lesedi Matsunyane (born 31 December 1992). In November 2001, 3 years after her divorce with Matsunyane, she married actor and director Shona Ferguson. The couple has a daughter, Alicia Angel Ferguson, born  on 7th June 2002.

Connie Ferguson net worth is estimated to be around $50 million, equivalent to R714 million South African Rand. Her major source of income is generated from her primary career as an actress and a businesswoman. However, her success career has earned her considerable amount of wealth, luxurious lifestyle, and some of the fancy cars.