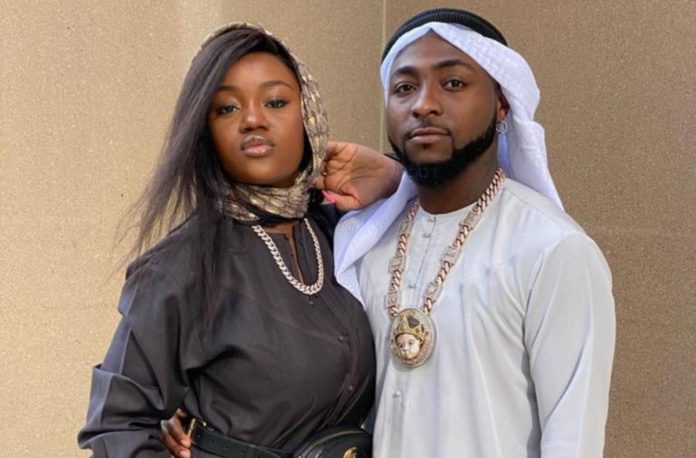 The drama between pop star, David Adeleke, better known as Davido, and his fiancée and mother of his son, Chioma Rowland, aka Chef Chi, has continued to set tongues wagging on the Internet and offline.

On Friday (yesterday), Chioma practically deleted all the pictures of her child, Ifeanyi’s daddy, Davido, from her Instagram page, leaving only one displaying the DMW boss with their son. This comes amidst speculations that the relationship between the couple is no longer as rosy as it used to be. Recall that in 2020, the duo had ‘unfollowed’ each other on Instagram and that action generated a whirlwind of reactions. However, they later resumed ‘following’ each other, which made many speculate that the ‘unfollowing’ was a publicity stunt.

During the week, a picture of Davido kissing an American Instagram model, Mya Yafai, had gone viral.

For months now, Davido had been rumored to be in a relationship with Yafai and different pictures of the two of them together have gone viral on the Internet. The model was said to have spent the Christmas and New Year holidays with Davido in Nigeria and Ghana. The duo was also seen holding hands at a beach house sometime in February.

Davido and Chioma were reportedly supposed to get married in 2020 though the COVID-19 pandemic scuttled their plans. This was after a formal introduction ceremony between both families in September 2019. But, in an interview in the latter part of 2020, Davido maintained that their wedding would happen this year.

Meanwhile, fans have continued to make several comments on Chioma’s action of deleting Davido’s pictures.
A follower, @nas_manny wrote, “Chioma does not deserve all this. After showing her to the whole world, he decided to treat her like garbage and used COVID-19 as an excuse not to carry on with their wedding.”

@ifynnama wrote, “Chioma is too good for Davido to press her nursing breasts anyhow in public and still go ahead to break her heart publicly. Chioma deserves someone better.”

@isabella_linda_ovi wrote, “I like her healing process. Delete them and move on.”

@kenechuwkwu added, “But, what was she expecting from a man that had two baby mothers before her? Nigerian women can condone rubbish because of money…”

@philips_becky wrote, “Ladies, any time you hear Assurance, please ask whether it’s a lifetime or short-term assurance because it is only God that can give one everlasting assurance.”