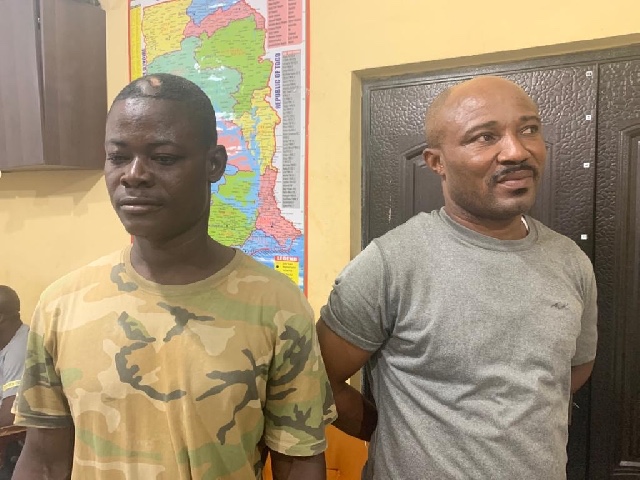 The Kasoa District Police has attested 4 suspected armed Robbers that unleashed terror on some tipper truck drivers in the Municipality.

The suspects include a dismissed military officer and civilian employee of the Ghana Armed Forces.

According to the police, the Kasoa divisional police received a distress call at about 12.30 pm on Wednesday, 10 March 2021 about the suspects.

The calls said about five men aboard a military vehicle with registration number 46 GA, had “attacked sand-winning workers on a site and had robbed them of their mobile phones, various sums of money at gunpoint and have seized seven tipper truck keys in addition and sped off to the house of Nai Atopi at Atopi Hills,” the statement said.

The statement continued that : “The police proceeded to the Nai Atopi palace and arrested suspects No. 197340 Corporal Kwame Ampaw, a dismissed military officer age 35, No. 018989. Isaac Appaiah, age 43; a mechanic and a civilian employee at Burma Camp, Emmanuel Arthur and Basit Sulley.”