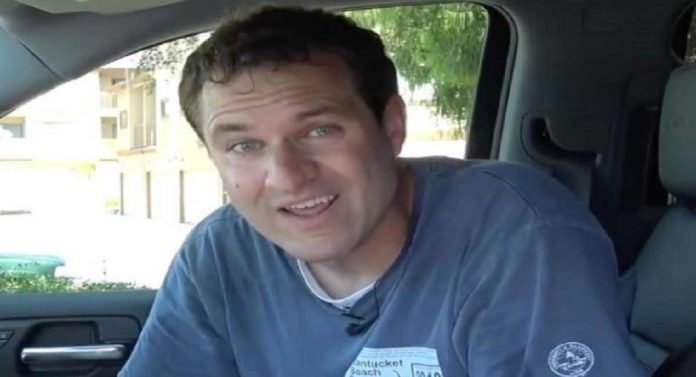 Douglas DeMuro is an American YouTuber, author, columnist, writer, and businessman who currently lives in San Diego, California. DeMuro’s endeavors focus on the automotive industry; his car review-focused YouTube channel has over four million subscribers as of 2021. He also runs an auction website for car enthusiasts, Cars & Bids, which was launched in 2020.

Previously, DeMuro wrote articles for The Truth About Cars, Jalopnik, and Cox Automotive, where he served as the editor of the website of the Oversteer car enthusiast blog on Autotrader.com.

Douglas DeMuro was born on May 22, 1988 (age 33 years) in Denver, Colorado, where he attended George Washington High School. He then went on to study at Emory University in Atlanta, Georgia, obtaining a bachelor’s degree in economics, and met his wife while he was working as a resident advisor there.

DeMuro’s first job was at Porsche’s North American headquarters in Atlanta as a “vehicle allocation manager”. In addition to this, he wrote articles on Autotrader.com. In 2013, after one year at Porsche, DeMuro quit his job in order to focus on automotive writing. He wrote articles for three different car blogs: The Truth About Cars between January and September, his own blog called PlaysWithCars throughout 2013, and Jalopnik starting in April.

Doug wrote two books that were published in July 2013, namely Plays With Cars containing personal car stories and the e-book From My Perspective about DeMuro’s perspective on things unrelated to cars.

Check Out: Manny Khoshbin net worth

In December 2012, while working for Porsche, DeMuro bought a 2006 Range Rover from a CarMax dealership in Marietta, Georgia. He also purchased a six-year, 66,000 mile bumper-to-bumper warranty for the car for $3,900. This car would eventually be the subject of a series of videos on DeMuro’s YouTube channel, particularly when something catastrophic happened to the vehicle that required repairs. The warranty ran through 2018, by which point DeMuro was living in California, and paid out over $20,000 in claims over its lifetime.

While working for Jalopnik, DeMuro wrote columns, answered letters from readers, shot videos for his YouTube channel, and occasionally reviewed cars. Furthermore, he bought interesting second-hand cars recommended by readers, which he then reviewed and wrote columns about. Among those cars was a 2004 Ferrari 360 Modena DeMuro purchased in January 2014 with a loan. He kept the car for one year.

In the Summer of 2014, DeMuro moved from Atlanta to Philadelphia, Pennsylvania. DeMuro started writing again for The Truth About Cars the next year, while still working for Jalopnik. At the recommendation of readers, DeMuro bought a 2007 Aston Martin V8 Vantage in January 2016 with a “bumper-to-bumper” warranty, of which he documented his ownership. Later that year, DeMuro’s new book Bumper to Bumper was released. Some of his columns and reviews were published by the Philadelphia Media Network in 2014 and by The Atlanta Journal-Constitution in 2015.

In the summer of 2016, DeMuro moved to the newly-created Autotrader.com car blog Oversteer, of which he became the editor. He kept writing articles and columns, but started focusing more on filming and writing car reviews on YouTube. DeMuro has reviewed a wide array of cars on his channel, mainly from the 1970s to the present. Those cars include supercars like the Ford GT, the Bugatti Chiron, and the Ferrari F40; but also new, innovative, and quirky cars including the Tesla Model 3, the Maserati Ghibli, and the BMW Isetta.

In a typical review, DeMuro first addresses exterior and interior “quirks and features”, then drives the car, and concludes with giving the car a score between 10 and 100. That score, which he calls the “DougScore”, is based on the scores in ten separate categories related to usability and fun. Most of the cars DeMuro reviews are not press cars, but are owned by dealerships and individuals. His YouTube channel has amassed just over four million subscribers, as of April 2021. DeMuro also started a second channel called More Doug DeMuro in August 2018, which has nearly 750,000 subscribers as of March 2021. It features more opinion-based and vlog-style content, as well as question and answer videos.

Check out: Linus Sebastian net worth

DeMuro appeared in the Jay Leno’s Garage season three episode Larger Than Life, in which he tried to recognize cars while being blindfolded, in June 2017. He worked with Leno again in March 2019, when he reviewed his McLaren F1.

DeMuro left Autotrader.com to focus on a new venture which eventually grew into the car auction website Cars & Bids, which he had first conceived in 2019. The website, a competitor of “Bring a Trailer”, is aimed at cars for enthusiasts. The first car listed on the site was DeMuro’s own 2012 Mercedes-Benz E 63 AMG Wagon. DeMuro went on to sell his 2018 Kia Stinger GT2 AWD for $1,200 more than he bought it for on the site in 2020 after owning it for only a year.

DeMuro also keeps a secondary YouTube channel called “More Doug DeMuro”, where he features more varied content. While the channel does feature car reviews, which are done in a more condensed format as opposed to his main channel videos, DeMuro also features more commentary pieces on his secondary channel as well as some non-car related content.

Douglas DeMuro is married to Joanna DeMuro. He and his wife live together in  private house in San Diego, California, where they moved in 2018 from Philadelphia after his wife took a job in San Diego. The couple spends most of the year there, save for several weeks where they travel to Nantucket Island.

DeMuro has a bearded Collie named Noodle, who has made several appearances in videos and on his Twitter and Instagram pages.

DeMuro has owned over 26 cars, many of which have appeared on his channel. He got his first car at the age of 16, a 1996 Volvo 850 sedan that his parents bought for him in September 2004. In September 2018, DeMuro took delivery of a 2005 Ford GT from Karl Brauer, one of his bosses at Autotrader.com. Brauer sold the 2005 GT so that he could make room for his 2019 second-generation Ford GT.

In October 2019, DeMuro purchased a 1999 Mercedes-Benz G 500 Cabriolet. He announced in June 2020 that he bought a 2018 Kia Stinger GT2 to replace his outgoing 2012 Mercedes-Benz E 63 AMG Wagon; he purchased the E 63 Wagon a replacement for his 2006 Range Rover that he purchased from CarMax, and later sold the wagon in the inaugural auction on Cars & Bids (where DeMuro also sold the Stinger later).

In regards to the Range Rover, DeMuro decided to “retire” the vehicle once the warranty expired in December of 2018. He made arrangements with a friend and Land Rover enthusiast on Nantucket Island in Massachusetts to house the vehicle on Nantucket. He continues to drive the Range Rover when he visits the island for vacation, which DeMuro says is roughly 3-4 times per year.

How much is Douglas DeMuro worth? Douglas DeMuro net worth 2021 is estimated at around $4 million. His main source of income is from his YouTube and Cars reviews career. He is not a billionaire. However, In November 2020, he replaced the Stinger with a 2020 Land Rover Defender 110. In December 2020, he announced that he had bought a 1994 Audi RS2 Avant.