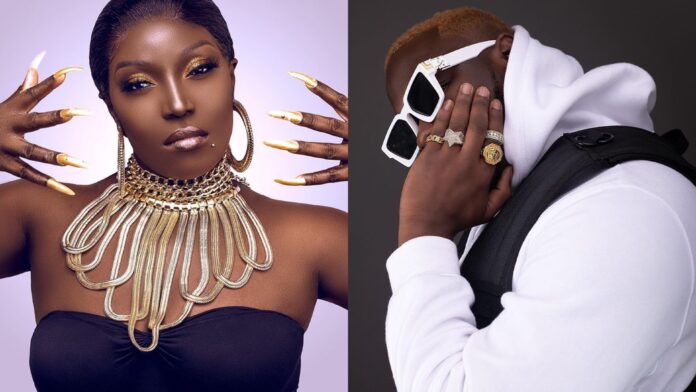 Eno Barony released her track “Force Dem To Play Nonsense” barely 8th months ago With Strongman and Sister Debbie getting featured on the track.

The funny thing about this track was that it featured Debbie who is an ex girlfriend of Medikal and Strongman who himself had a short lived “Beef” with Medikal.

The track was however believed to be a sublime jab at Rapper Medikal with some line in the chorus as “Argument Done” which seem to suggest Eno Barony was done jabbing Medikal and she’s approved the best.

She announced on her IG thanking all those supporting her even as she has released her Ladies First Album.