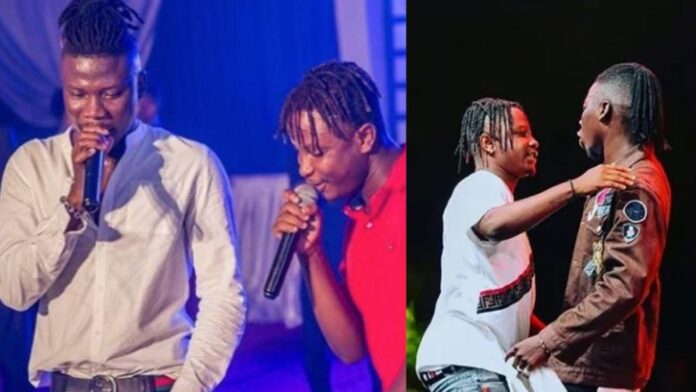 Former Burniton Music Royo signee Kelvyn Boy has opened up on his relationship with Stonebwoy.

Kelvyn Boy Who was an ally of Stonebwoy but eventually left the Bhimnation camp in an interview with Angle Fm Accra said even though he may not have a old relationship with Stonebwoy, he owes him gratitude for helping him.

He has recognise Stonebwoy as someone who has helped his career.

Speaking on Angel FM 102.9 FM, Kelvyn Boy remarked that if he should thank someone who has made him who he is today, that’ll be his former boss, Stonebwoy.

The ‘Yawa No Dey’ Singer speaking on how he started music said he was a Seventh Day Adventist Church member so he started singing in the church band at a very tender age.

He added that, that was how he got his experience in music before meeting Stonebwoy who gave him the opportunity to be in his camp until things Fell off.