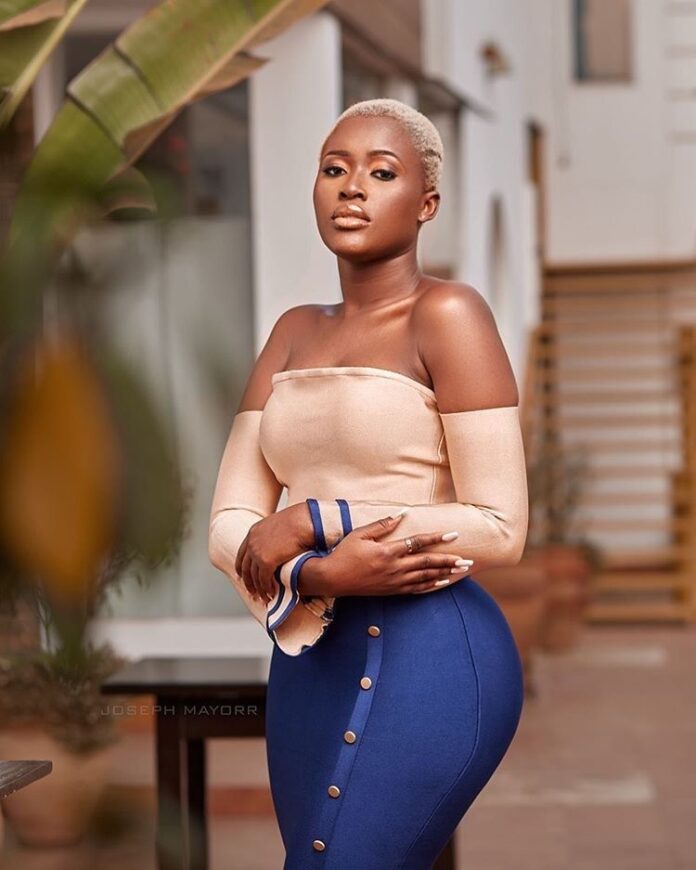 Wife of Rapper Medikal has said she does not fancy going to church any longer and thus she prefer praying at home and doing what is right than going to church.

she said this when she appeared on United Showbiz on Utv hosted by Nana Mcbrown. Fella Makafui who played a role in popular tv series Yolo was reacting to latest brouhaha of Cecilia Marfo snatching microphone from Joyce Blessing and asking her to go back to her husband.

Speaking on UTV, the actress said she once had an encounter with a pastor which has discouraged her from going to church.

So she now believes that it’s better to stay at home, have a good heart, and pray to God.