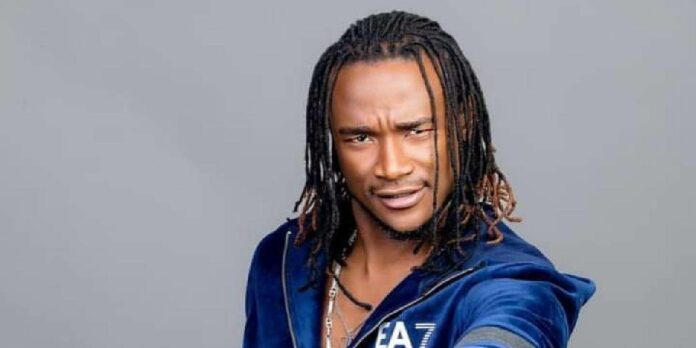 Read the complete write-up of Jah Prayzah net worth, age, height, songs, wife, children as well as other information you need to know.

Jah Prayzah is a Zimbabwean contemporary musician and lead member of the band Third Generation. He is popularly referred to by fans and media as “Musoja”, the Shona word for “soldier”, a name he earned mostly because of his signature band uniform of military regalia. The name “Jah Prayzah” comes from his name, “Mukudzeyi”, which means “Praise Him”.

Mukudzeyi Mukombe was born on born July 4, 1987(age 34 years) in Uzumba Maramba Pfungwe, Zimbabwe. He was raised in Uzumba, Murehwa, a small town about 95 km from Harare. His parents are John Mukombe and his mother Shirley Savanhu. Mukombe is the last born in a family of five.

As a young boy, he liked writing, reading his father’s Shona novels, swimming in the river with friends, and hunting in the forests. Time and again he would come back home with his shorts torn from all the climbing and adventure. Most importantly, he liked to sing.

He nurtured this habit through singing at school assemblies and at church, as well as playing the mbira with his teacher Mupa Musimbe. As he grew older and as his mbira skills improved, Mukombe felt confident and inspired to pursue his interests in music. People began to realize his natural gift in music and language and encouraged him to be serious about it.

Mukombe attended Musamhi Primary School and later Musamhi High School in Mutoko, in Mashonaland East Province. He then relocated to Harare where he stayed with his uncle and eventually completed his ordinary and advanced levels of education in Harare.

Mukombe’s first experience with composing music was during his early years of high school. He started to record dancehall and reggae tracks with his friends with some tracks creating a vibe in the suburb but failing to hit the national music scene. He later recorded contemporary music and afro-jazz tracks with DJ Thando and other local producers, releasing singles such as “Sorry Mama” and “Seiko”.

In 2013, Jah Prayzah released his fourth album Tsviriyo and won a NAMA award for song of the Year for the song “Gotchi Gotchi”. In 2014, he released Kumbumura Mhute. In the same year, he won five NAMA Awards and two ZIMA awards.

In 2015, he opened a new studio and released his sixth studio album, Jerusarema.

Check Out: Diamond Platnumz net worth

His most notable work was a collaboration with award-winning Tanzanian artist Diamond Platnumz on his hit song “Watora Mari”, which reached over a million views on YouTube in less than a month after its release. “Watora Mari” has enjoyed massive airplay on MTV Base and Trace Africa.

On 2 November 2018, Mukombe launched his eighth studio album titled Chitubu. The album features collaborations from well known African artists such as Patoranking and Sauti Sol. In 2019, Mukombe was nominated for the Best Male Artist in Southern Africa in the All Africa Music Awards (AFRIMAs).

Jah Prayzah is married to Rufaro Chiworeso, whom he sang about in his song Rufaro.Anemwana anezita rangu. They have a son and three daughters. He also has a son from his previous marriage. In 2012, Mukombe revealed that his secret of the success comes from his mother after she blessed him after throwing her a US$7,000 birthday party in 2012.

In 2014, he revealed to the public that he and the six other members of his Third Generation Band, plus a close friend, had decided to get circumcised in order to protect themselves from HIV and other sexually transmitted diseases.

How much is Jah Prayzah worth? Jah Prayzah net worth is estimated at around $2 million. His main source of income is from his music career. He is one of the richest musicians in Zimbabwe. However, Jah Prayzah successful career ha earned him some of the luxurious lifestyle and some of the fancy cars. Mukombe has had many international shows in Australia, the United Kingdom, Canada, the United States, China and South Africa.