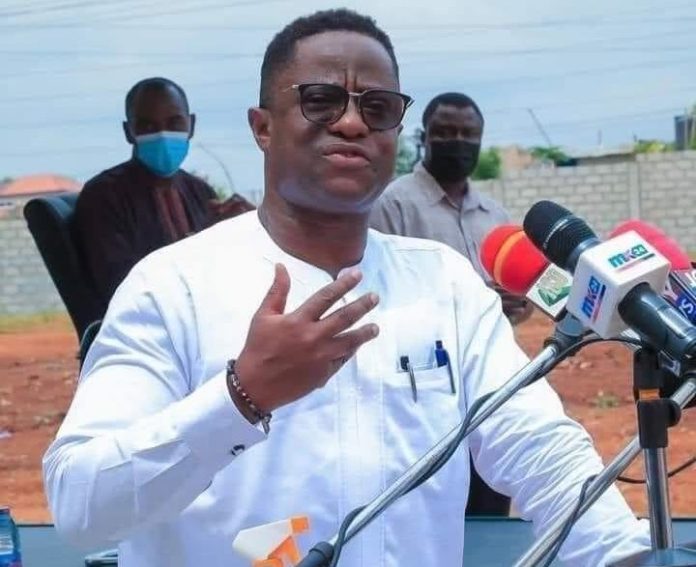 John Peter Amewu popularly known as Honorable Peter Amewu was born in 1972 in Wli Todzi in the Hohoe Municipality of the Volta Region in Ghana. He attended Adisadel College, then proceeded to Kwame Nkrumah University of Science and Technology and then furthered his education to obtain an MBA in Finance from University of Ghana, Legon. He later obtained a Post Graduate Degree in International Energy Industry Management and a Master’s degree in Petroleum Law and Policy from University of Dundee (UK).

Peter Amewu is a member of the New Patriotic Party(NPP). He was appointed by John Kuffour as the Municipal Chief Executive for Hohoe Municipal Assembly when the party won the 2000 general elections, he served from 2001 to 2009.

He was the party’s parliamentary candidate for the 2004 and 2008 general election to contest the then Hohoe North Constituency but lost to Prince Jacob Hayibor in both contests.

In May 2017, Former President Nana Akufo-Addo named John Peter Amewu as part of nineteen ministers who would form his cabinet. The names of the 19 ministers were submitted to the Parliament of Ghana and announced by the Speaker of the House, Rt. Hon. Prof. Mike Ocquaye.

As a Cabinet minister, John Peter Amewu is part of the inner circle of the president and is to aid in key decision-making activities in the country. President Nana Akuffo Addo also named Mr John Peter Amewu as the Minister-designate for Lands and Natural Resources. He was later reshuffled to Ministry of Energy and acted as the Minister.

On December 7, 2020, Amewu became the first New Patriotic Party candidate to win a parliamentary election in Hohoe since 1992. This was his contribution to the development of his constituency.

As of 2021, John Peter net worth is estimated to be roughly $1 million. The member of parliament for Hohoe Constituency is making a considerable amount of money as a result of his monthly salary and there is no doubt that he is giving back to his constituent.