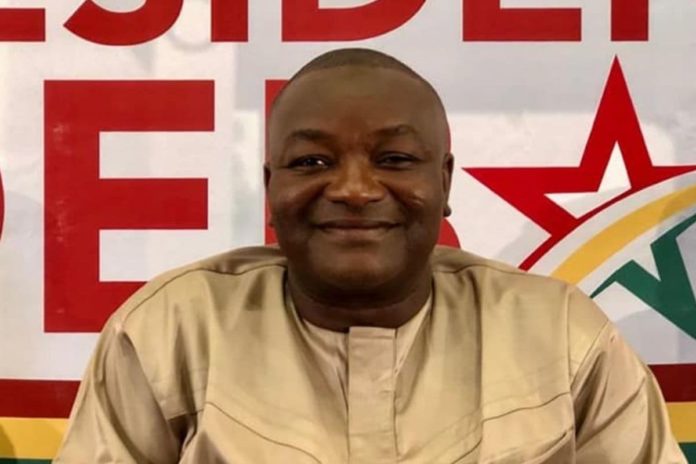 As of 2020, Hassan Ayariga is the presidential candidate for All People’s Congress. however he is regarded as one of the most influential people from the northern part of Ghana. Hassan has worked as an accountant. He is one of the wealthiest peoples from Ghana with an estimated net worth of $9 million.

Hassan Ayariga was born in Bawku, Upper East Region of Ghana on 4th September 1971. He attended Ghana Secondary School and then Barewa College in Zaire when he moved with family to Nigeria. Hassan later gained admission to the London School of Accountancy where he studied accounting.

Hassan’s father Frank Abdullai Ayariga was a member of parliament for Bawku Constituency during the third Republic administration of Dr, Hilla Limann and his mother Anatu Ayariga, a businesswoman. The now politician moved from Nigeria lived and worked in Germany for many years. He has a business interest in Ghana and Germany, as a result, he is very fluent in German and as well as English.

Also, Read How to start a business in Ghana

His younger brother Mahama Ayariga was Minister of Youths and Sports(2015-16)  under Former President John Dramani Mahama lead administration, as well as Member of Parliament for Bawku Central on the ticket of National Democratic Congress(NDC).

Hassan Ayariga once lost to Edward Mahama in the 2016 presidential primaries of the People’s National Convention(PNC) who he had beaten in the 2012 primaries, citing anomalies and cheating in 2016, he left and formed his own party “All People’s Congress”. The Electoral Commission of Ghana handed the party a provisional certificate after he met the requisite requirements.

He is married with five children, Hassan Ayariga’s wife name is Mrs Anita Ayariga. She attended Achimota Secondary School and Kwame Nkrumah University of Science and Technology(KNUST), where she studied Graphic Design. Mrs Ayariga is also a businesswoman.

Mr Ayariga is a businessman with many businesses in Africa and Europe. He is currently the Group Chairman and CEO of Hassan Ayariga & Co. Haulage Company, also the Director-General of Clean Up Ghana, a waste management company.

The APC party flagbearer has an investment in the Banking sector, Agriculture, Health, and Real Estates. He once invested $200 million to construct an Ultra-Modern Hospital with 1500 bed capacity in Ghana.

Hassan Ayariga net worth is estimated to be $9 million and this can be testified by the luxury lifestyle he enjoys. he is a fan of Supercars and owns four Supercars, the likes of Porsche Panamera with 4 exhaust, Toyota MR2, Toyota MR8, and Audi TTS. Hassan Ayariga house has four swimming pools and he is often seen on a private jet on social media.

Hassan self-financed his campaign to the tune of $4.5 million. The Presidential flagbearer of All People’s Congress is aspiring to become president of Ghana.

Hasan Ayariga is one of the richest politicians in Ghana with an estimated net worth of $9 million, as of 2020.

Do you want to know how to manage your Personal finance then?

Read this How to manage your Personal Finance